It’s time for another Nicolas Cage movie, this time it’s from the director of the Crank films. Mom and Dad (2017) is a mad and wild comedy horror that co-stars Selma Blair. Should you consider picking it up on blu-ray? Let’s take a look, so without further ado here’s my Mom and Dad blu-ray review.

Parents will do anything for their children but this notion is flipped on its head when the adults start attacking their own. Something has occurred and its happening everywhere, the children are now the hunted.

The films directed by Brian Taylor whilst Daniel Pearl is responsible for the cinematography. As I mentioned earlier the director is also responsible for Crank (2006) and Crank: High Voltage (2009). These are two of my least favourite Statham movies.

Mom and Dad (2017) shares that crazy vibe and fast action sequences but does everything better. In the end I think this style actually works rather well and actually plays to the story’s strengths.

The music is provided by Mr. Bill and the music is wild and out of control which fits perfectly with the visuals.

Let’s face it we know Nicolas Cage is incredibly capable of playing wild out of control characters. Therefore he is perfectly cast and delivers an excellent and over the top performance which is required for the film to work.

Similarly Selma Blair as the Mom is equally neurotic which all goes to making this both a fun and disturbing.

I’m still not sure if I liked or even enjoyed this movie. That said I do give it credit for trying something a little different by having the adults turn on their most precious things in the world. Add that story against a crazy sound and visual style and you have something that needs to be seen and discussed.

My recommendation is to give this comedy horror a look you might just really love it!

If you enjoyed my Mom and Dad Blu-ray Review so far you may want to check out the following films:

There are no issues to report in the picture quality department being a film from 2017. On the extras side of things there’s just a cast question and answer feature which worth a look. 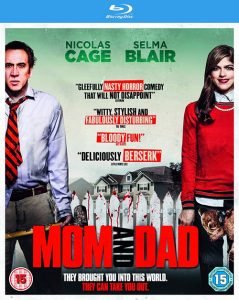 Movie description: Horror-comedy, starring Nicolas Cage & Selma Blair as parents out to take down their own children

Village of the Damned meets Crank 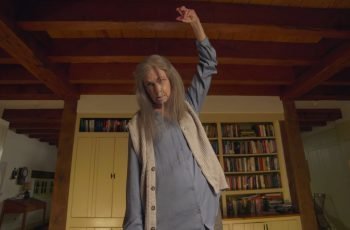 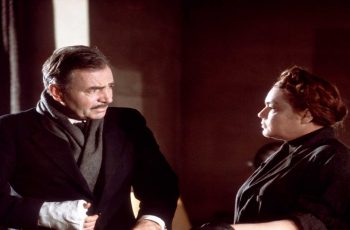