Morecambe and Wise Two of a Kind: The Complete Series

Network are bringing Morecambe and Wise Two of a Kind: The Complete Series to DVD in the UK.  The release date is currently down as 5th December 2016 and you can pre-order or pre-buy as they call it over on their website. Priced £59.99

Coming on 8 discs with a combined running time of 1332 minutes it contains 48 editions of Two of a Kind.

Love classic British comedy then see here what else has been released.

The series ran between 1961-1968 for ATV, this is a early look at two of Britains best loved entertainers.

So to remind you or to give you an idea of what they were all about, here is a clip of them in action…

Classic British television at its best, well that is the opinion by popcorn cinema show!

Network have other classics on the way, more those in later posts, but the complete series Morecambe and Wise Two of a Kind is coming to DVD and that’s great news. 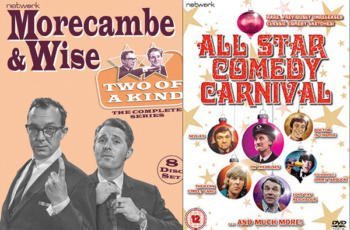 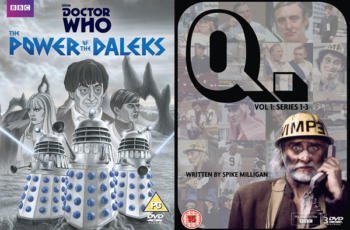