We all love a good film right? Well now it’s time for you to test you’re general movie knowledge.

Note they won’t always be this easy so you better start brushing up on your movie triva!!!

#1. What car maker is most associated with James Bond?

#3. What year was the film Gremlins released?

#4. How many Dirty Harry films were made?

#5. What is Robert De Niro’s character called in Taxi Driver?

#6. Which science fiction film is based on book ‘Do Androids Dream of Electric Sheep’?

#11. Which actress co-starred with Mel Gibson in the 1997 film Conspiracy Theory?

#12. In which film did the lead character say “Say hello to my little friend”?

#15. Which actor played the role of disc jockey in the film Good Morning Vietnam?

#16. In Back to the Future what was the magic number the DeLorean car needed to reach to travel through time?

#18. Drew Barrymore, Cameron Diaz and Lucy Liu starred together in which 2000 action film?

Check back next week for another movie quiz…. Can you name the year these films were released? Name … 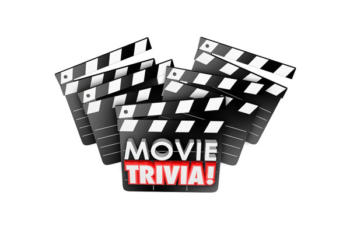 Having not had a movie quiz for a few months …