Are you ready for another of William Castle’s horror offerings? This one comes as part of Powerhouse Films volume one William Castle boxset and stars Guy Rolfe and Ronald Lewis. Castle’s gimmick for this one is “The Punishment Poll” in which audiences were asked to vote on the ending. But were really two endings? It seems rather unlikely, so without further ado here’s the Mr Sardonicus blu-ray review.

The year is 1880 and prominent London physician Sir Robert Cargrave (Ronald Lewis) has just received an urgent request for his medical services from Baron Sardonicus (Guy Rolfe). The Baron suffers from a strange condition that keeps his face hidden behind a mask.

The film was directed by William Castle with the cinematography handled by Burnett Guffey. It’s a black and white film and one that is not only introduced by Castle but also concludes with another of his gimmicks asking the audience to vote on the ending before proceeding to show it. Nobody remembers there actually being another ending and it probably wouldn’t have been logistically or financially viable at the time.

The music is composed by Von Dexter and works well enough to convey the moments of high drama.

The strong casting of Guy Rolfe and Ronald Lewis really pays off and has no small part into making this a thoroughly entertaining horror film. Both actors play their roles deadly serious which really helps to draw the audience in whilst a flashback scene shows a more compassionate Baron. Then there’s the rather strange servant Krull (Oskar Homolka), who himself is disfigured and seems prepared to do almost anything his master requests. This all adds to the overall unease and sinister nature the film has as the story unfolds.

There’s little doubt that Mr Sardonicus is an intriguing yet disturbing tale that’s both well told and acted. That said Castle’s insistence on the gimmick to sell his movies doesn’t in my opinion improve this picture. I did find myself enjoying it though and recommend you take a look at this one. This is however one of Castle’s better efforts in my humble opinion.

If you like my Mr Sardonicus blu-ray review you may want to check out these films:

This is yet another excellent Bluray release from Powerhouse that delivers a fabulous film print and a whole host of interesting extras. I recommend taking a look at all of the extras but the must see feature has to be Jonathan Rigby’s feature “Gothic Castle”. I always find his views thoroughly interesting and informative. In fact if you do like his analysis I’ll link his book American Gothic in the Amazon links below.

That concludes my Mr Sardonicus blu-ray review, don’t forget to keep a look out for the rest of the William Castle boxset reviews. 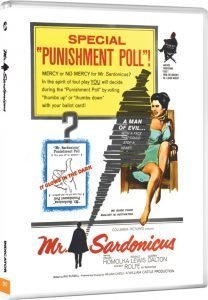 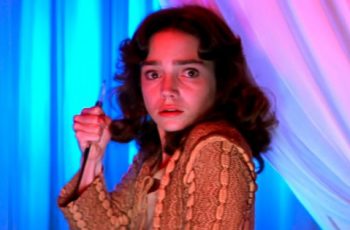 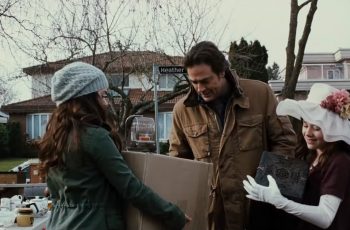