Are you ready for the LA Vengeance aka Once Upon A Time In Venice blu-ray review? Yes it’s time to take a look at one of Bruce Willis’s more recent film offerings from 2017, it’s known as LA Vengeance in the UK.

I was unable to purchase it on blu-ray in the UK as it only appears to have been release on DVD. So I’ve had to obtain an imported version under the worldwide title of Once Upon A Time In Venice. It’s billed as an action comedy, is it worth your time?

When private detective Steve Ford tangles with a drug lord named Spyder he lives to regret it. Following that incident Spyder steals Steve’s dog and gives him 24 hours to raise $4000 in order to get the dog back, just what lengths will he go to save his friend?

The film is directed by Mark and Robb Cullen with the cinematography side of things that’s taken care of by Amir Mokri. It all flows along rather slickly which good news and certainly helps with the action comedy style.

The music is by Jeff Cardoni and it conveys the comedy tone well whilst helping with the overall flow of the film.

Where to begin, Bruce Willis plays washed up private detective Steve that is still running around acting like a man several years younger. It’s kind of surreal seeing Willis skateboarding naked through the streets at night. That should give you a good idea of the tone of the films humour.

Conclusion: Once Upon A Time In Venice (2017) Film Review

Once Upon A Time In Venice is one of those incredibly silly action comedies that shows its intentions early on with Bruce Willis skateboarding throw the city completely naked. Let’s get one thing straight this is not a classic, in fact it’s one of those films in which having had several drinks prior to watching will probably enhance your overall experience.

If you like my Once Upon A Time In Venice blu-ray review you may want to check out these films:

Conclusion: Once Upon A Time In Venice Blu-ray Review

The film was released in 2017 and therefore looks perfect so I would normally move on to the special features however there are none what so ever. That said considering you simply cannot purchase the film on blu-ray in the UK without buying an imported version I’m certainly not complaining.

Once Upon A Time In Venice (2017) blu-ray is available now from Amazon.

That’s Once Upon A Time In Venice blu-ray review, if you have any thoughts on this film you can leave them over on our Facebook page.

Summary: Once Upon A Time In Venice (2017) Blu-ray Review 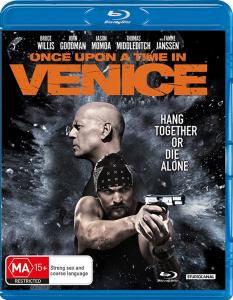 Movie title: Once Upon A Time In Venice (2017) aka LA Vengeance 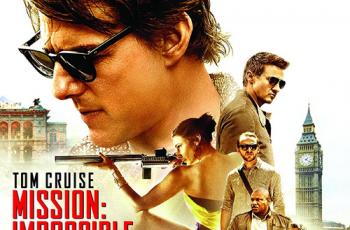 Having looked at all of the previous Mission: Impossible films … 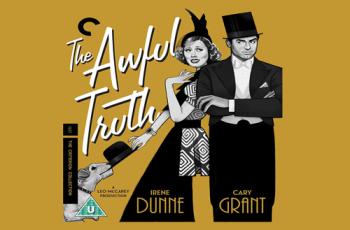 The Criterion Collection has recently released a 4K remastered version …