I’m taking a look at the World War II submarine comedy film, Operation Petticoat (1959) starring Cary Grant and Tony Curtis. This one recently came out on Blu-ray/DVD released by Eureka Entertainment. Is it worth a purchase let’s find out. So without further ado here’s my Operation Petticoat blu-ray review.

A submarine named the Sea Tiger commanded by Matthew T. Sherman (Cary Grant) is sunk during a Japanese air raid sinks whilst docked at a Naval Yard in the Philippines. In an effort to conduct repairs naval officer Nicholas Holden (Tony Curtis) locates the necessary parts through unofficial channels. They set sail but are forced to stop at an Island to conduct further repairs. There they take aboard several stranded female nurses. How will the two sexes cope in such a confined space?

The films directed by Blake Edwards with the cinematography coming from Russell Harlan. It’s a well made film that moves along at a nice pace with plenty of laughs along the way.

The acting is good with several enjoyable performances from both the male and female cast. This is the reason the film works so well. Of course the relationship between Cary Grant and Tony Curtis is at the forefront of the movie’s charm and success. Curtis plays the playboy chancer whilst Grant plays it straight.

Operation Petticoat is a fun and easy going WWII comedy starring two fabulous actors in Cary Grant and Tony Curtis. Add this one to your to watch movie list.

If you enjoyed my Operation Petticoat blu-ray review so far you may want to check out the following films:

Unfortunately this is another Eureka release that is far from perfect. That said overall the picture quality is just about acceptable. The image is reasonably sharp and colours appear to be ok. The only real issue is the occasional small white marks that persist throughout the two hours.

So should you buy it? The answer is yes this is by far the best version released to date and a worthy addition to any Cary Grant / Tony Curtis fans. 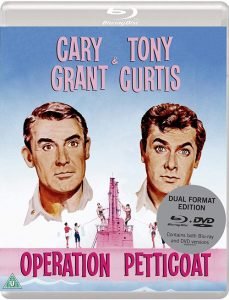 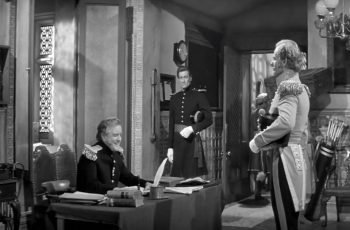 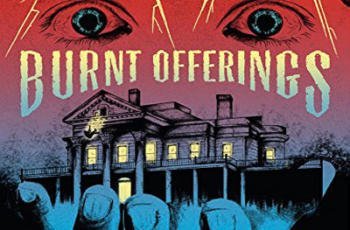