In my last movie review I took a look at Contagion (2011) and whilst I found it to be well made I can’t say it’s a film I enjoyed. This time I’m going for the more Hollywood approach to the disaster movie with Outbreak (1995) starring Dustin Hoffman, Rene Russo, Morgan Freeman and Donald Sutherland. Here is my Outbreak blu-ray review.

When the Motaba virus is brought into the United States via a white-headed capuchin monkey it mutates and becomes airborne. This results in an outbreak in a small town. The military and CDC are mobilised to try and contain the outbreak but will they be in time and just what do the military’s top brass know about it? Do they really know more than they aren’t letting on?

Outbreak (1995) was directed by Wolfgang Petersen with Michael Ballhaus handling the cinematography. This is far more your typical Hollywood disaster movie in terms of look and feel rather than the bleak reality of Contagion (2011).

Dustin Hoffman drives the search for a cure as Colonel Sam Daniels and he’s the perfect choice for this particular character. Meanwhile Morgan Freeman as his boss Brigadier General Billy Ford is similarly brilliant. I mean is there a film in which Freeman being in it hasn’t improved it? I don’t think so!

Donald Sutherland takes on the role of the film’s bad guy as Major General Donald McClintock. He does this very well as his character seems more interested in covering his own back than the saving the innocent lives of a small town.

Rene Russo plays Dr. Roberta Keough who’s also Sam Daniels ex wife and medical equal. This love story plays out as the virus spreads with both Hoffman’s and Russo’s character forced into confronting what really matters to both of them. The acting all-round is top notch and that really does help to keep you fully invested in the story as well as those individual characters.

I can honestly say I enjoyed this film far more than Contagion. This felt more escapism than reality and that’s what I was really looking for. The casting choices of Hoffman, Russo, Freeman and Sutherland are all excellent. This really does drive the film and story on to an exciting climax and conclusion.

If you’ve enjoyed my Outbreak blu-ray review so far you may want to check out the following films:

I had to obtain the US Import version which region free as Outbreak doesn’t appear to have had a UK blu-ray that I could find. The picture quality is excellent but there are no extras included. Actually that’s rather a blessing as I don’t really want any more documentaries on virus outbreaks. 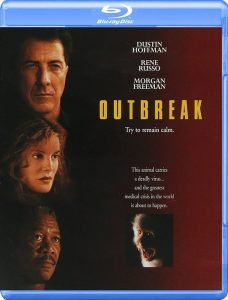 Movie description: The Motaba virus is brought into the United States via a white-headed capuchin monkey

More escapism than reality and that’s fin by me! 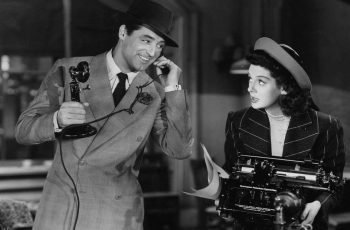 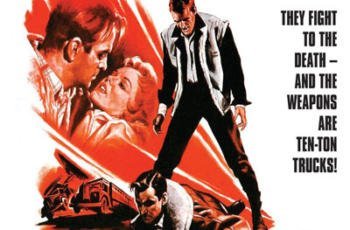 Classic Thursday is upon us once more and the time …