Eureka Entertainment are due to release director Tod Browning’s Outside the Law (1920) on blu-ray this month in the UK.

Outside the Law Blu-ray – Eureka Entertainment

The picture quality should be pretty good as Universal Pictures has carried out a 4K restoration.

In fact I’ll add a clip at the bottom of this page so you can make up your own mind.

Alternatively you can purchase directly from Eureka Entertainment’s website for £16.99

Yet another interesting release from Eureka Entertainment who are on a bit of roll at the moment following the recent release of Vampyr (1932) last month and Three Monster Tales Of Sci-fi Terror in April.

Does this film interest you? Will you be purchasing it? Let me know over on the Popcorn Cinema Show Facebook page.

Plus give our Blu-ray Release Dates page a look for upcoming releases.

Outside The Law (1932) Clip Eureka Entertainment 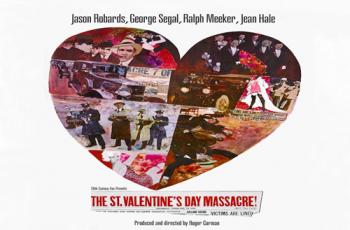 Second Sight Films are set to release the cult British …