The month of October is a good excuse to watch a few horror films right?  How about a supernatural horror starring Nicolas Cage.  Before you say it, I can conform it is definitely not the awful The Wicker Man 2006 remake. Oh no this is my Pay The Ghost Blu-ray review.

It starts on the 31st October, Halloween night in New York. Nicolas Cage plays professor Mike Lawford who takes his young son Charlie to the carnival having arrived home late from work and missed out taking him trick or treating.

Reluctantly his wife Kristen (Sarah Wayne Callies) agrees to let the two of the go to carnival.

However a parents worst nightmare occurs when Mike is stood queuing for ice cream whilst holding his sons hand when he simply disappears.  Sheer panic ensues with him frantically searching everywhere to no avail.

Almost a year passes since Charlie vanished, in fact it is just three days before Halloween and the couple are now living apart.

Both start to believe they are seeing and hearing their missing child.  Cages character simply refuses to think his son is dead and begins to research other missing cases and discovers a chilling fact.

There appears to be a link to a Celtic Halloween celebration and the missing children cases.  However with time against him he needs to solve the mystery soon if he has any chance of finding his child.

Looking for more horror movies to watch then take a look at these:

To be honest I was pleasantly surprised by Pay The Ghost, it obviously plays heavily on any parents biggest fear, losing their child.  Anyone with kids can instantly put themselves in those shoes.  You turn away for a split second and they are nowhere to be seen.

Add into the mix Halloween night with a sprinkling of Celtic legends and you have a rather good supernatural tale.

If I have one small criticism the ending seems to be a little too simplistic.  That said it does draw the film to a close effectively if all rather predictably.

So whilst I think a little more effort or time could of been spent in that direction, I did find myself enjoying Pay The Ghost.

It certainly captures the tension and unnerving feeling well enough and to be honest that is sadly lacking in a lot of recent horror movies.

Nicolas Cage is on top form in this role proving just how good an actor he can be.  My problem with Cage is he is either really good or simply chooses some terrible roles.

If you fancy a supernatural horror movie this Halloween then I would suggest giving Pay The Ghost at look.

Pay The Ghost (2015) blu-ray is available now from Amazon.co.uk.

That was my Pay The Ghost Blu-ray Review, but the horror films reviews just keep coming this October as we countdown to Halloween. 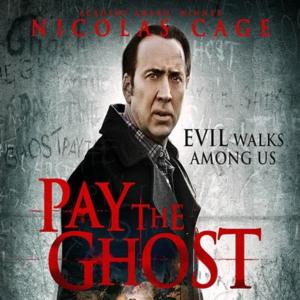 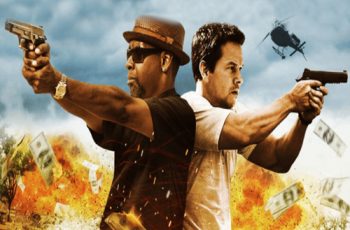 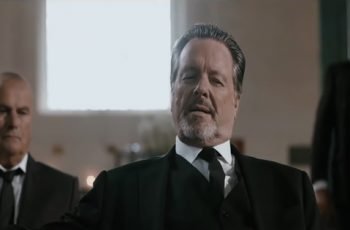