Nicolas Cage is a busy actor and the film I’m reviewing here, Pig (2021), has been positively received by the critics. I like the fact the Cage is willing to take on the films that interest him. This tends to lead him into choosing interesting genres and stories. Let’s see how good this new drama from 2021 actually is, here is my Pig blu-ray review.

Robin Feld (Nicolas Cage) lives out in the woods and makes a living selling truffles which are located by his pig. It’s a simple life and his pig is his family and friend. However everything changes when Rob is assaulted in his shack and his pig is taken.

Robin is out to find his truffle finding friend and sets out on a journey that takes him into the city.

Director / writer Michael Sarnoski delivers a powerful and compelling story. Not only is It visually well shot but the films pacing is spot on. The cinematographer for the movie was Patrick Scola.

The film’s score comes from Alexis Grapsas and Philip Klein.

Nicolas Cage really impresses as a man out to save and find a loved one. He’s a man that seems to have decided to leave the modern world behind by opting for a simpler way of life.

However there’s far more to Rob than is initially shown and no he’s not some ex-military guy but I’ll leave you to discover who he was prior to his truffle hunting days.

Alex Wolff plays Amir the man Rob sells his truffles to. He’s a young guy with a flash car with something to prove. However he is dragged into helping Rob locate his pig. He plays the roles exceptionally well and the two actor work well together.

I have to say I wasn’t expecting too much from Pig (2021) even after those positive reviews. That said it’s a really good movie, it really boils down to a man desperately trying to be reunited with a loved one. It’s powerful and compelling in equal measure.

In telling its story it also brings in Amir’s troubled relationship with his father. It’s all exceptionally well told despite it not sounding like a particular riveting plot. Put simply the story really resonates.

I would definitely recommend giving Pig (2021) a look, its a film that you probably will only watch once but it will be worth it.

If you’ve enjoyed my Pig blu-ray review so far you may want to check out the following films:

The film is only from 2021 so has no issues on the picture quality side. I’m very pleased to see Pig receiving a blu-ray release by Altitude Film Distribution instead of the current trend on DVD only release in the UK.

There are no extras included but as long as the film is on blu-ray I’m happy.

That concludes my Pig blu-ray review, let me know what you thought of the film over on our Facebook page. I’m aiming to review more thrillers soon. What’s next? Check back soon… 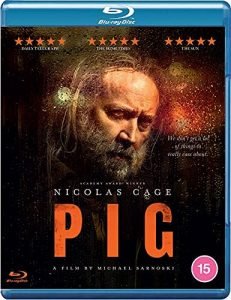 Powerful and compelling in equal measure 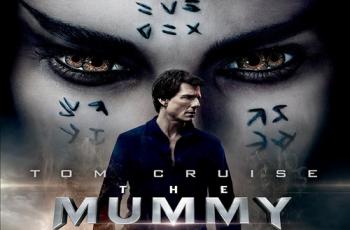 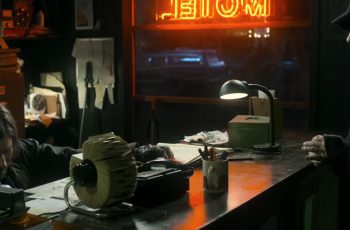