It’s time to look back at a classic British war film which maybe not quite as well known as some other I could mention.  Anyway here is my Play Dirty Blu-ray review.

The name of film perfectly captures what this movie is all about. War is not played fairly by the rules, not unless you are watching a typical Hollywood version of events.

Play Dirty is a film that dares to show the nastier side that often occurs in the real world and in this case World War II during the North Africa Campaign.

Michael Caine stars as Captain Douglas a Royal Engineer who is drafted in to take charge of a mixed rabble of convicted criminals. Their aim is to blown up one of Rommel’s Afrika Korps fuel dumps, thus starving his Panzers of fuel and forcing him out of Africa.

Now I know what you are probably thinking it’s sounds a bit like the Dirty Dozen.  However that really isn’t what this film is about.

Captain Douglas learns the art of staying alive in a desert war from these band of convicts, whilst his ingenuity allows the mission to proceed.

Nigel Davenport plays Captain Cyril Leech who was until recently serving 15 years in prison for sinking his tramp steamer in order to claim the insurance.  He is leading the rabble up until Captain Douglas’s arrival to which he objects. Although his record of bringing back other officers alive in previous mission is not great!

As I mentioned at the beginning of the review the realites of their mission, being behind enemy lines means some pretty nasty events occur.  They will do pretty much anything to stay alive.

One of those is when they watch and allow a British unit to be ambushed and completely wiped out by a German patrol.

Captain Douglas finds himself technically in charge but the reality is somewhat blurred.  Things of course don’t go to plan leaving them to contemplate their next move.

With a rather nice twist at the end of the film you are gripped right until the films conclusion.

The film is based on the story by George Marton with the screenplay being written by Lotte Colin & Melvyn Bragg.

So with the plot taken care of just how does Play Dirty stack up? The film is directed by Andre De Toth.

I thought it was well directed with a good pacing and plenty of tense moments.  Most of the film takes place in the desert as you might expect with dust storms and the like.  So you kind of know what the visual expericence is going to be and it’s done very well.

Acting wise what can I say, both Michael Caine and Nigel Davenport are outstanding as the two main characters. There is plenty of friction between these two and that spark that turns this film from an average one into a exceptionally good one.

It’s great to see these two play off against each other and really does show how having the right casting can make a film. (Note to all casting directors)

The music is provided by Michel Legrand.

I love these kind of films, you have a decent story, plenty of action but most of all top acting from the likes of Michael Caine and Nigel Davenport.  They really can’t make these sort of films anymore.

It’s a seemingly straightforward film done to perfection. If you have not yet seen it I would recommend picking it up on Blu-ray.

Good news this is a really good restored version without any sign of speckles or film dirt.  It’s in the correct aspect ratio which always makes war films in particular look pretty spectacular.

It looks and sounds amazing the way it should be now that it’s had the transfer on to the Blu-ray format. 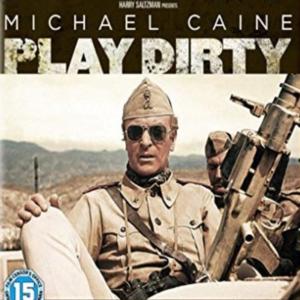 Tense World War II action with an explosive finale! A must for all Michael Caine fans. 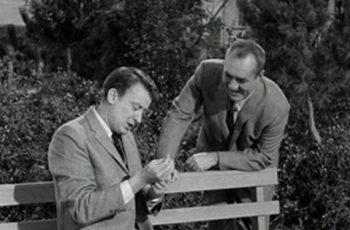 William Castle has produced some really interesting films, some are … 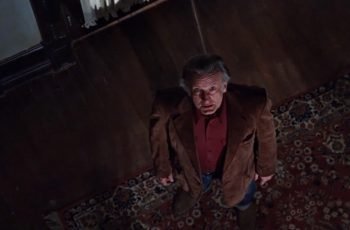