It’s time to take a look at the classic BBC TV series Quatermass and the Pit which has recently been restored and released on to Blu-ray. I’m a huge fan of these sci-fi horror offerings and many of you will remember the Hammer film of the same name and story which is also available on Blu-ray. This time Andre Morrell takes on the role of Professor Bernard Quatermass and somewhat excels in the part. How does the picture quality hold up? After all these episodes were transmitted live by BBC Television between December 1958 and January 1959, well let’s find out, here’s my Quatermass and the Pit BBC TV Series Blu-ray Review.

The remains of several humanoid beings dating back some 5 million years are found at a construction site on Hobbs Lane. In fact Hob is an antiquated name for the Devil. Further excavation reveals what the military believe is an unexploded bomb from World War Two. However Dr Matthew Roney, a palaeontologist and Professor Bernard Quatermass believe it to be extraterrestrial. As work continues to disarm and the strange object public interest grows. What have they really found and what is about to be unleashed onto an unsuspecting British public?

André Morell takes on the role of Professor Bernard Quatermass and is simply brilliant in that way only Morrell can play. It’s a calm and in control performance and one that seems to suit the character well. Andrew Kier plays the role in Hammer’s film version and whilst it’s a very different Quatermass I also enjoyed his portrayal of the character too. That said if I had to choose I’d go for André Morell every time.

I highly recommend you take a look at this classic sci-fi horror TV series which considering when it was made holds up extremely well all these years later. It boasts a fabulous cast and superb story written by Nigel Kneale.

If you enjoyed my Quatermass and the Pit BBC TV Series blu-ray review so far you may want to check out the following TV series:

The BBC have done a wonderful job restoring the picture quality, it looks fabulous with just a very occasional drop in quality due to damage on the original negative. Overall this is an excellent restoration and one the BBC should be applauded for. It allows this classic BBC series to be enjoyed by both old and new fans of the science fiction and horror genre.

The extras aren’t bad either with audio commentaries and a feature on how the Demons special effects were made.

Purchase Quatermass and the Pit On Blu-ray

Quatermass and the Pit BBC TV Series is available now on blu-ray.

Quatermass and the Pit Trailer

That’s my Quatermass and the Pit BBC TV Series, if you have any thoughts on this you can leave them in the comment section below. 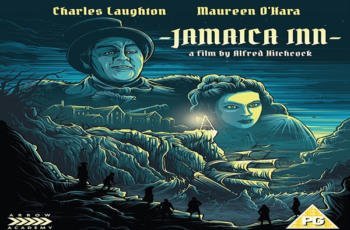