Are you ready for the Rain Man blu-ray review, it’s a true classic in filmmaking. Starring Dustin Hoffman and Tom Cruise this version that I am reviewing has been re-mastered in 2014, I’d recommend avoiding the earlier blu-ray release from 2011 which is still readily available.

Charlie Babbitt (Tom Cruise) is a car importer that is in the middle of deal to bring in four Lamborghinis to Los Angeles for his clients. During this period he receives news that his father has passed away. After a falling many years ago he has not seen his father since, however with Charlie’s business struggling he attends the funeral in Cincinnati, Ohio and expects to take the $3 million from his father’s estate. However he is in for a shock on two counts, firstly his father didn’t leave him the money only a car and secondly he left all the money in a trust to a brother he never even knew he had.

Following this revelation an angry Charlie goes to visit his brother Ray (Dustin Hoffman) and discovers that he is an autistic savant unable to really have any kind of relationship with anyone. Charlie wants the money and decides to kidnap his brother until the Ray’s doctor and the one controlling the trust fund strikes a deal.

Charlie decides to take Ray home to Los Angeles and its here that the film really starts as they make their way back home via a long car journey.

The film is directed by Barry Levinson with the cinematography side of things that’s taken care of by John Seale. In essence Rain Man is a road film which allows the two main characters to interact and get to know each other, except in Ray’s case he is incapable of developing any form of relationship and is always the same. That means one of them is really on a journey of discovery and that’s Charlie Babbitt (Tom Cruise).

I really can’t stress enough just how great a film this really is. You might think merely reading the synopsis that this would be a rather dull affair. However nothing could be further from the truth as the story and acting manages to be both funny and incredibly sad.

The music is by a certain well known composer, Hans Zimmer and he delivers an incredibly satisfying score.

Let’s get straight to the point Dustin Hoffman’s performance is nothing short of brilliance. He plays Ray Babbitt, a man that is an autistic savant. That is to say he has a brilliant higher brain function in Ray’s case he is gifted with mathematical higher functions. However he is also limited by the condition and is unable to form normal everyday relationships or understand the value of money.

Hoffman really delivers a master class in acting as you never once think his character is being acted and that is probably the reason that he received an Academy Award for this role.

Playing opposite Hoffman is Tom Cruise as Charlie Babbitt, Ray’s younger brother. In all fairness I would have to say that Cruise’s performance is actually as important and Hoffman’s. It also largely underrated but it is a performance that makes the whole film come together. In essence both actors needed to bring their best to their respective roles and both do indeed deliver resulting in one of cinema’s most memorable and heart-warming films.

I also should mention the one other stand out performer, Valeria Golino. Playing Charlie’s girlfriend she brings way more to proceedings than you might think, Golino has genuine warmth that the films needs and I believe the three main actors are evidence of what can be achieved when the casting is simply perfect.

For those of you that have somehow never since this masterpiece I can only recommended picking it up on Blu-ray as soon as possible. It one of those must see films that you really do need to have seen. Rain Man is a brilliantly acted and well told story that is both funny and moving often all at the same time.

You might think merely reading the synopsis that this would be a rather dull affair. However nothing could be further from the truth as the story and acting manages to be both funny and incredibly sad.

If you like my Rain Man blu-ray review you may want to check out these films:

As I mentioned at the beginning of this Bluray review this is the re-mastered version that came out in 2014. Make sure you pick up this version as the original release was had extremely disappointing picture quality. I’m happy to report the re-master version looks pretty much flawless.

Moving on to the special features reveals two documentaries, a deleted scene and the film trailer. I highly recommend watching both of the main special features which give a good insight into both the making of the film and the condition of autism.

Rain Man (1988) blu-ray is available now from all main retailers such as Amazon.

That’s the Rain Man blu-ray review, if you have any thoughts on this film you can leave a comment over on our Facebook page. 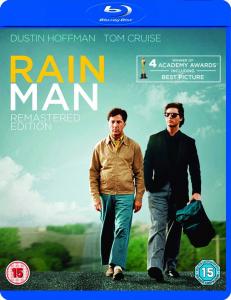 Put simply Rain Man is a brilliantly acted and well told story that is both funny and moving often all at the same time. 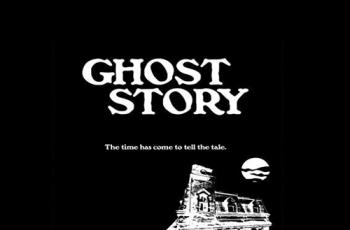 I love a good ghost story I mean come on … 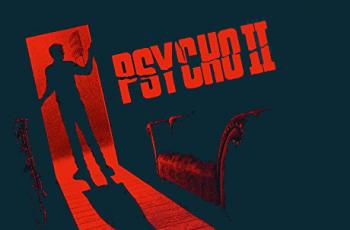 It’s time for my Psycho II blu-ray review. You must …