I’ve been taking a look at all of the Nicolas Cage films that are currently available on blu-ray. The movie that I am reviewing here is a comedy from 1987 that also features Holly Hunter and John Goodman. So without further ado here’s my Raising Arizona blu-ray review.

Herbert I. “Hi” McDunnough robs convenience stores for a living that said he’s not really very good at it as it’s landed him back in jail on several occasions. In doing so he’s met his perfect woman, police officer Edwina, they get married and decide to start a family. Unfortunately they are unable to conceive a child and decide to take one instead. Having seen that local businessman Nathan Arizona, Sr.’s wife has just had five they figure they won’t really miss one and decide to steal Nathan Junior.

The film is directed by Joel Coen with the cinematography side of things that’s taken care of by Barry Sonnenfeld. Raising Arizona is one of those silly comedies and it does this quite well whilst keeping it all high tempo.

The music is composed by Carter Burwell

Nicolas Cage is pretty good as an ex-con trying to go straight in this crime comedy and it certainly helps that he also narrates large parts of the film. His laid back style and delivery is definitely the correct approach. This is actually quite an interesting performance from Nick Cage and shows just what a capable and versatile actor he really is.

Holly Hunter plays Herbert’s wife Edwina. She’s a police officer and it’s through their respective jobs that they meet.  Edwina is the more stern and serious type which is in stark contrast to Herbert.

Both actors play their roles well enough and make the film worth a look.

This is a film I’d somehow managed to have missed watching over the years, it’s a comedy that manages to be amusing at times without really nailing it. I’d have to say Raising Arizona is certainly worth a look but I won’t be putting the Bluray again anytime soon. In short Raising Arizona is a zany fast paced crime comedy which is certainly worth a look.

This is actually quite an interesting performance from Nick Cage and shows just what a capable and versatile actor he really is.

If you like my Raising Arizona blu-ray review you may want to check out these films:

It’s time to turn my attention to the most important thing, picture quality as this is after all a blu-ray review. Well the good news is the image is clean free from any annoying speckles. Furthermore it’s also sharp whilst the colours are vibrant. No issues with this blu-ray release.

On the extras front there is simply a trailer which is kind of fine for this film. Not every film needs 2 hours worth of interviews and guff.

That’s Raising Arizona blu-ray review, if you have any thoughts on this film you can leave them over on our Facebook page. 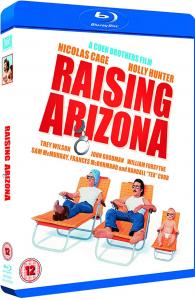 A zany fast paced crime comedy which is worth a look. 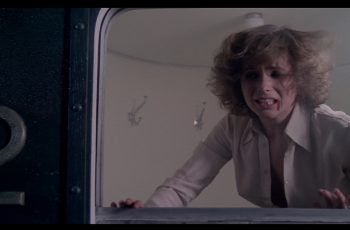 If you are looking for a Saturday night horror/thriller I … 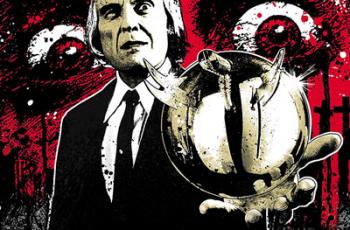 When October comes around I begin a horror season of …