I’ll be honest I love a good action movie, but what about Rambo? Well I loved First Blood (1982) and enjoy the other sequels. However it’s now time for my Rambo: Last Blood blu-ray review. The film came out in 2019 with the blu-ray following in January 2020. I know I’m a little late to the party on this one. In any case I heard lots of negative things about it. Let’s find out if it is really a bad action flick.

John Rambo is back in America where he lives at his deceased father’s horse ranch in Arizona. Helping him run the ranch are Maria and her granddaughter Gabriela.

However when Gabriela tracks down her father whom abandoned her years ago, she decides to go to Mexico and meet him. Unfortunately she is drugged and kidnapped by members of the Mexican cartel. This leads John Rambo to mount a rescue operation.

Adrian Grünberg directed whilst Brendan Galvin took care of the cinematography. It’s a pretty visually impressive film with plenty of Rambo action including lots of explosions and gunfire.

The Rambo theme makes itself heard throughout which is of course a welcome sound. The film uses it to create a little nostalgia of Rambo’s past highs and lows. Brian Tyler provides the film’s main score.

Solid acting performances all-round make it an enjoyable enough watch. Sylvester Stallone portrays a slightly tired looking Rambo whose out for a little rest and relaxation.

I’ve read a lot of negative things about Rambo: Last Blood such as the plot not making sense along with several other issues. The thing is Rambo movies are pretty simple in plot, Rambo takes down the bad guys!

I found it to be entertaining and action packed. Sure it’s not in the same league as First Blood but then neither are any of the other sequels.

If you like the previous films Last Blood is well worth a look.

If you enjoyed my Rambo: Last Blood blu-ray review so far you may want to check out the following films:

As you might expect the picture quality is fabulous on blu-ray. The extras are pretty good too but not what I would say are essential viewing.

At the time of writing this review you could pick Rambo Last Blood up on blu-ray for £7, it’s easily worth that price.

Clip may not be representative of the blu-ray version.

Join us in supporting physical media by obtaining this film on blu-ray. Remember streaming platforms can add or remove your favourite films or television shows at any time. 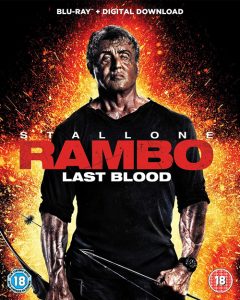 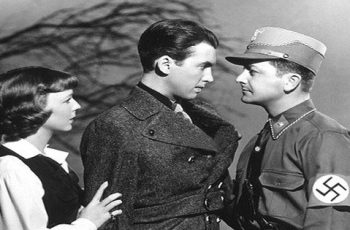 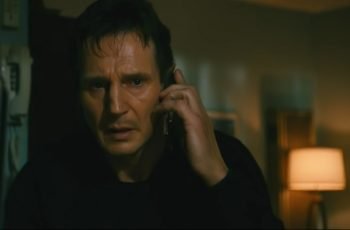 Action movie time, this one’s the first film from the …