It is time for the Smokey and the Bandit Ride Again blu-ray review. Yes every now and then you just want to pop on a nice easy to watch that’s a rip roaring comedy.

That’s what I’m looking at today have I chosen well? Let’s find out…

The basic plot goes something like this, the Bandit (Burt Reynolds) is down on his luck with Carrie (Sally Field) having left him. His friend Cledus “Snowman” Snow brings him an opportunity to get back on his feet. He is tasked with transporting an elephant from point A to B. The good news gets better as Carrie returns to join the Bandit on his trip.

However along the way they encounter Sheriff Buford T. Justice and his son Junior whom Carrie is due to marry.

It’s a fast paced comedy that’s very easy to watch. It may look easy to achieve but credit should go to the director for making a film that flows well from scene to scene.

The country soundtrack perfectly suits the tone and style the film was aiming for.

Burt Reynolds plays the Bandit and is a likeable character he has great chemistry with both Sally Field (Carrie) and Jerry Reed (Snowman). In many ways the chemistry between these three is what makes the film such an enjoyable watch. But of course another name needs adding to that list, a certain Sheriff Buford T. Justice (Jackie Gleason) who really provides most of the comedy.

With those actors and characters in place you know you are in for a fun ride.

The second film may not be quite as good as the first but is still packed full of laughs and comedy action. It’s one of those films that is perfect viewing over a Bank holiday weekend.

If you like my Smokey and the Bandit Ride Again blu-ray review:

No problems here, the picture is crisp and clear and there are no signs of any black marks or specks of dirt. All this makes for a thoroughly enjoyable viewing of this comedy classic.

Smokey and the Bandit Ride Again (1980) blu-ray is available now from Amazon.

That’s my Smokey and the Bandit Ride Again blu-ray review, if you have any thoughts on this film leave them in the comment section below: 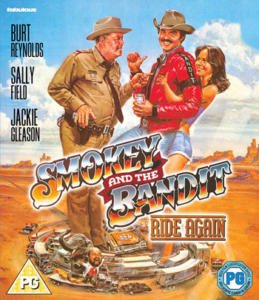 A rip roaring comedy from start to finish, that now looks tremendous on Blu-ray. 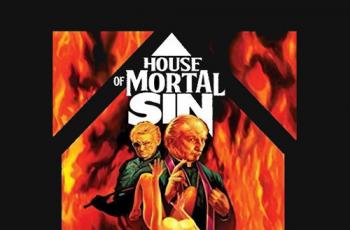 Have you heard of a British horror film called House … 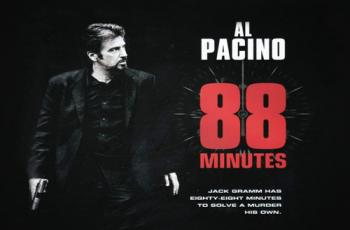