It’s time for the Snake Eyes blu-ray review. This is part of my look into Nicolas Cage films that are available on blu-ray.

I’ve has run into a few problems as several titles are yet to be released in the UK meaning I’ve had to look for versions released in other countries and are either region free or region B and have an English language option.

That brings me to the Brian De Palma thriller Snake Eyes (1998) that stars Nicolas Cage and Gary Sinise. I’ve had to find an US import from Warner Bros that is region free and also comes with Face/Off which is available in the UK.

Detective Rick Santoro (Nicolas Cage) likes to bend and break the rules by taking bribes and the like. He loves his job but when he meets up with his best friend US Naval Commander Kevin Dunne (Gary Sinise) at a boxing match his world is turned upside-down.

Dunne is at the boxing match protecting the Defence Secretary however when he fails to do so it results in his death. Rick offers to help put a positive spin on things therefore covering up Commander Dunne’s failings. What Rick is about to discover is that there is far more to the assassination that it initially seems.

The film is directed by Brian De Palma with the cinematography side of things that’s taken care of by Stephen H. Burum. De Palma is often compared to Hitchcock for using similar techniques; Snake Eyes could also be considered a little Hitchcockian with the use of overhead cameras tracking shots passing over several internal rooms.

This works exceptionally well and fits the thriller genre like a glove. It really is a great way to give a glimpse into the lives of everyone around, some we are interested in others are not story related.

The music is composed by Ryuichi Sakamoto.

Nicolas Cage is on top form as a cop on the take that leaves himself open to being compromised.

Acting opposite Cage is Gary Sinise as Naval Commander Kevin Dunne, a proud and by the book kind of guy and apparently the complete opposite of Cage’s character. He plays this well and the two actors work extremely well together making for a hugely entertaining and intriguing watch.

Carla Gugino plays a Department of Defence employee, Julia Costello. She is at the scene of the assassination and seems to know things that might endanger her life. Her character is hindered by the loss of her glasses meaning she is even more vulnerable. Gugino plays the role well and is a likeable enough figure.

Keep an eye out for Luis Guzmán as Cyrus playing a small role but delivering typical Guzmán performance and one I personally enjoyed.

Snake Eyes is yet another excellent thriller from director Brian De Palma, Nicolas Cage is on top form as a cop on the take that and finds himself placed in an impossible situation that tests a friendship until breaking point.

Add this one to your must see list of thriller films.

If you like my Snake Eyes blu-ray review you may want to check out these films:

The film’s from 1998 but the picture quality is simply excellent with the image being sharp and clear from any dirt marks whilst the colours are vibrant.

The Blu-ray I’m looking at here is a USA import released region free by Warner Bros. The only extra is the original film trailer.

That’s the Snake Eyes blu-ray review, if you have any thoughts on this film you can leave them in the comment section below: 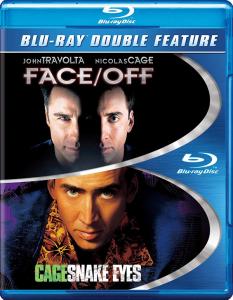 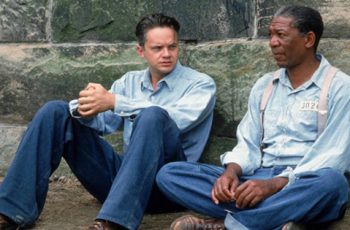 I know, The Shawshank Redemption has to one of the … 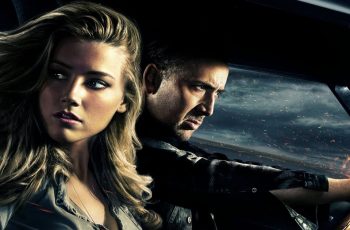