Have you ever watched the 2008 crime, thriller Street Kings starring Keanu Reeves? I must admit this one had somehow passed me by. Is it an underrated classic that is in need of more appreciation? Maybe it’s a film you need to re-visit. Good news it’s available now on bluray. Let’s find out if it’s worth your time, here’s my Street Kings blu-ray review.

Keanu Reeves plays LAPD Vice detective Tom Ludlow. He’s a man that seems to have his own brand of justice when it comes to the bad guys. Except this is all sanctioned by the squads Captain Jack Wander (Forest Whitaker). However their recent actions seem to have brought the unit under suspicion from internal affairs. Captain James Biggs (Hugh Laurie) is the one leading the investigation. As certain revelations come to light Ludlow finds his conscience at odds with his unit’s. It’s a strange predicament he’s in not knowing who he can trust.

The films directed by David Ayer with the cinematography handled by Gabriel Beristain. It perfectly paced and expertly shot. Street Kings really is an underrated gem.

The music is provided by Graeme Revell.

Excellent performances from all the main players that includes Keanu Reeves, Forest Whitaker and Hugh Laurie. With those three in a film you really would hope that something special would unfold and boy oh boy does it deliver.

I’ll freely admit I’d never seen or even heard of Street Kings before reviewing it here on Blu-ray. That said I’m glad I decided to take a look as I now consider it to be a must see movie. The acting is excellent the plot is an intriguing one whilst the action is top notch. Keanu Reeves plays his role exceptionally well as a LAPD Vice detective that is finds himself on the outside of his unit’s dodgy actions placing him in the firing line.

Take it from me if you haven’t seen this excellent crime thriller make sure you add it to your must see list of films.

If you like my Street Kings blu-ray review you may want to check out these films:

The films from 2008 so as you would expect there no issues with the picture quality. On the extras front they have pretty much given you everything you could want as a film fan.

For those of you yet to see the film I’ll leave you with a little taster although I don’t think this film trailer really does the film justice.

That’s concludes my Street Kings blu-ray review, if you have any thoughts on this film you can leave them in the comment section below: 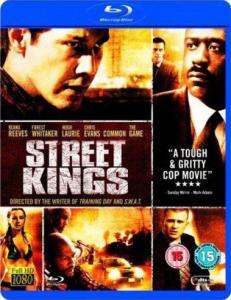 An excellent crime thriller that sees Keanu Reeves play a LAPD Vice detective on the outside of his unit’s actions and in the direct firing line. 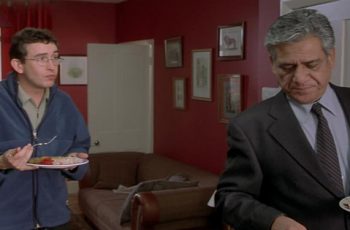