If like me you love watching classic Hammer films, especially the horror kind, then keep an eye out for Studiocanal’s October Blu-ray line-up which is sure to cheer you up.

Coming out on the 30th October 2017 in the UK just in time for this year’s Halloween, providing you pre-order and are lucky enough to receive in time, are four Hammer films.

First up is Blood From The Mummy’s Tomb (1971) starring Valerie Leon and Andrew Keir.  Fancy something you can really get your teeth into? How about Scars Of Dracula (1970) starring Christopher Lee, Patrick Troughton and Dennis Waterman.  Now that’s a pretty good cast in my opinion.

Changing things up a little is Fear In The Night (1972) this ones more of a psychological horror.  It does however star a Hammer legend in Peter Cushing alongside Judy Geeson, Joan Collins and Ralph Bates.

The last Hammer film of Studiocanal’s October releases is Demons Of The Mind (1972).

Dont forget that Powerhouse Films have their Hammer boxset out on the same day.  Network are also joining in with the Hammer House of Horror television series which comes out fully restored.

You can purchase all of these titles from Amazon, links below.  The Powerhouse and Network titles can be purchased directly from their respective websites if you prefer.

Judging the previous Hammer titles released by Studiocanal these should hopefully have excellent picture quality. 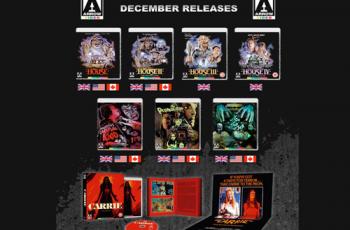 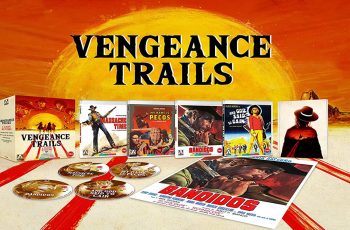