By purchasing your films, TV shows and games on physical media you are in control. Streaming platforms and traditional television channels can add or remove your favourite movies and television series whenever they like. Own them on 4K UHD, blu-ray or DVD and you choose when to watch and you only ever pay for that content once.

Purchasing your films on formats such as blu-ray or 4K Ultra encourages companies to restore the picture quality of our favourite classics.

There’s little doubt the mainstream physical media market is in decline but there’s enough of us film enthusiasts to keep it viable for years to come. 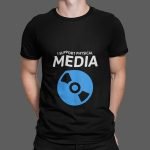 No, whilst the market has shrunk significantly over the last number years it has become more of a niche market. In the case of movies it’s driven by classic titles being restored and released on blu-ray / 4k. Along with the new big blockbuster films, physical media still remains a highly profitably.

Hard To Find Films On Blu-ray

We will also highlight and review hard to find films on blu- ray and where you can purchase them from. Many UK film releases only offer the DVD version which is quite honestly crazy when the industry is pushing 4K.

Meanwhile you can quite often find the high definition blu-ray version in Europe, USA or Australia for example. Many of these will play find on UK blu-ray players. With some of the European releases such as say the Dutch or German releases you simply need to change the language to English in the menu settings.

Where can I buy hard to find movies? We will try to point you in the right direction.

We Need Your Help

We love reviewing as many of the new blu-ray/DVD releases as we can, picking out titles that we think you will find of interest. In doing so we let you know whether or not the upgrade from DVD to blu-ray is really worth it. Has it been restored, are there a plethora of interesting extras such interviews with actors and directors.

You can help to us keep reviewing all of the latest release simply by purchasing through our Amazon affiliate links. It costs you nothing to do this but Amazon shares a small fee with us for you doing so.

Advertising revenue are continuing to fall leaving many of your favourite websites struggling to keep the lights on. This is one easy way you can help us and support our campaign to support physical media.

If you are considering purchasing anything via Amazon simply click on one of our links, like the ones below and you are helping us. It’s safe and the links are transparent. We really do appreciate everyone that does this.

Alternatively you can help us by picking up a ‘Support Physical Media’ T-Shirt from either of our Teespring or Redbubble stores.