If you love old films then there really is only one television channel in the UK to watch, Talking Pictures TV. It’s full of rarely seen films along with many classics with the likes of Peter Sellers, Stanley Baker, Dirk Bogarde, Alastair Sim & Will Hay for instance.

Plus comedy from the great Laurel and Hardy. But that’s not all as they also show old TV series such as Scotland Yard, Public Eye, The Edgar Wallace Mystery Theatre, The Gentle Touch & A Family At War.

Where can I watch classic films? 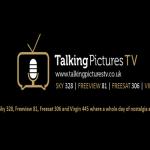 Talking Pictures TV in the UK has a wide selection of classic films and television. It’s available on Sky 328 | Virgin 445 | Freeview 81 | Freesat 306

These are the highlights for this week / month:

Many of the films shown are also now available on Blu-ray and DVD.