Fabulous Films are currently bringing some classic eighties American television shows to Blu-ray in the UK. Many of these titles are already available in the US via a different company. So I thought I take a look and find out how well the restoration has gone.  Here is my The A-Team Blu-ray review.

Now to be clear this is more of a first impressions as The A-Team spans five seasons and that’s a lot of viewing. The aim here is to let you know whether or not you should be spending your money upgrading from the DVD version.

So I’m not going to go through each episode or plot points as I’m pretty sure if you are considering purchasing it on Blu-ray you already know it well.

Note: I read a few reports that this release like the DVD has some footage cut out from one of the episodes. I can’t confirm this as I’m not really that knowledgeable on every episode, there are five seasons after all.

Four men from a crack commando unit are sent to prison for a crime they did not commit. Having escaped they operate as soldiers of fortune. This basically means they offer help to those in desperate need. Expect plenty of action and explosions plus with lots of humour.

I looked at both the DVD version and the Blu-ray versions in order to be best placed to offer an opinion as to whether or not it’s worth upgrading.

The intro titles are a lot cleaner on the Blu-ray, the dirt marks have been removed. Once into episodes you instantly note the picture is clean, sharp and most notable the colours a vibrant. The DVD version has lots of speckles and flickers, not present on the Blu-ray version.

The Blu-ray does have few marks at the end titles on most episodes but all the actually episodes seems very good.

Having watched several episodes across all the seasons I can safely say the Blu-ray version is a big step up in picture quality. I have no hesitation in recommending you upgrade from DVD to Blu-ray.

The only thing you need to consider is whether to buy now or wait a little while and hope the price drops.

In the end that’s entirely your call.

This is a very good restoration, I’m not saying it’s perfect, you will still see the odd dip in quality from time to time. You have to remember there are a lot of episodes, five seasons worth in fact.

The A-Team: The Complete Collection

The A-Team: The Complete Collection blu-ray is available now.

The A-Team Blu-ray Review (The Complete Collection) is just on of many reviews from recently released classic 80’s TV shows. 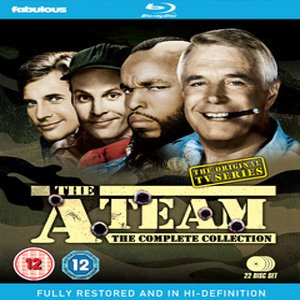 The A-Team on Blu-ray really does make it worth upgrading from DVD. 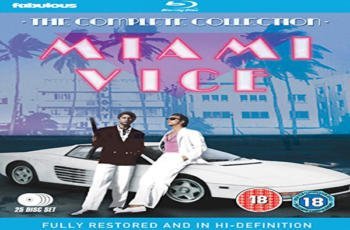 It's time to take a look at another Blu-ray release … 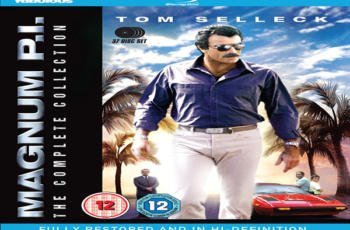