Next up in my Denzel Washington season of films available on Blu-ray in the UK is another thriller from the nineties? Without further ado here’s my The Bone Collector (1999) blu-ray review.

A New York forensics expert Lincoln Rhyme (Denzel Washington) is left paralyzed from the neck down following an accident. The police need his expertise to track down a serial killer by piecing the crime scene clues together. He enlists the help of rookie police officer Amelia Donaghy (Angelina Jolie) to be his eyes at the crimes scenes. Maybe together they will be able to prevent further bloodshed.

The film is directed by Phillip Noyce with the cinematography handled by Dean Semler. The film employs some impressive camera angles using a variety of high shots which works extremely well and helps set the tone and mood of the film.

The music is composed by Craig Armstrong.

I have to say this is a very well cast movie, everyone seems the perfect choice for their given roles. Denzel Washington and Angelina Jolie are of course the stand-out performers and ones very much at the heart of the film.

If you can look past the bizarreness that sees a rookie Police Officer Amelia Donaghy take on the role as a scenes of crime person under the guidance of expert Lincoln Rhyme (Denzel Washington) which would simply not happen in the real world then you will enjoy this rather good thriller. So yes the story setup is a little unbelievable but hey this is a film after all and I’m prepared to let that one slide. The film is actually very well shot and acted whilst the story is a gripping one. Washington and Jolie have good chemistry which makes for compelling viewing either in scenes together or alone.

I highly recommended you check this thriller out if you have somehow managed not to have watched it over the years.

If you enjoyed my The Bone Collector blu-ray review so far you may want to check out the following films:

With the film being from the nineties I was a little concerned but thankfully there are no issues to report. The image is clear and sharp without any annoying speckles. Now on to the extras and there’s really only a 20 minute making of documentary that’s worth a look. Other than that there’s audio commentaries.

The Bone Collector (1999) is available now on Blu-ray & DVD from Amazon.

That’s The Bone Collector blu-ray review, if you have any thoughts on this film you can leave them in the comment section below: 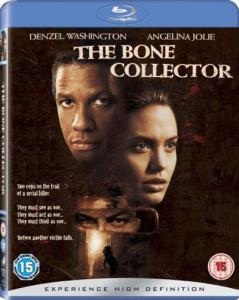 A highly entertaining thriller that see both Washington and Jolie shine. 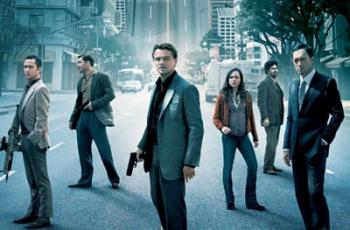 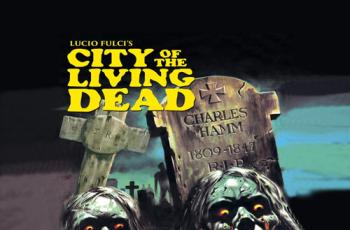 It’s time for another Arrow Video release with an Italian …