Following President of France, General Charles de Gaulle’s decision to grant independence to Algeria an assassination attempt is made on his life by a militant group, the OAS whom are opposed to his decision. Whilst that attempt failed they now look for an expert outsider who is unknown to the intelligent services to do the job for them. One man seems to come highly recommended, his name, The Jackal. He’s a master of disguise and whilst the police know who his target is they have no idea who the Jackal is or even what he looks like. It’s a thrilling race against time with the Presidents life on the line.

Based on The Day of the Jackal by Frederick Forsyth.

Make no mistake The Day of the Jackal is extremely well shot, with plenty of perfectly framed scenes. Set mainly in France although London and Genoa also feature at times, it looks breathtakingly beautiful. Director Fred Zinnemann does an excellent job of ramping up the tension as the clock ticks down.

The cinematography is handled by Jean Tournier.

The music is mainly a French military band style with the odd bit of accordion thrown in. All of which works perfectly well. Georges Delerue provides the films score.

Good performances all round from a strong support cast. The star is of course Edward Fox as the Jackal and he does more than enough to hold your attention throughout the film.

Playing an English gentleman he swans around without a care in the world, but when the net begins to close he proves to be an extremely ruthless killer. Fox also does a pretty good job of changing his identity to appear as several different characters none more so than in final act when he breaches the security measures to complete his job.

Conclusion: The Day of the Jackal (1973) Film Review

Based on the Frederick Forsyth story the film version is superb from start to finish. The film is by no means short coming in at around 143 minutes. That said I never felt like the film is dragging on too long in fact quite the opposite.

There has been a remake simply named The Jackal (1997) starring Brice Willis. It’s bigger and funnier in many ways and is a decent film, however it lacks the style that The Day of the Jackal brings. This is simply a far superior movie than the remake.

To sum up, The Day of the Jackal is a tense political thriller that needs to experienced by all film fans.

If you like my The Day of the Jackal blu-ray review you may want to check out these films:

Conclusion: The Day of the Jackal Blu-ray Review

No problem’s here, the picture quality is simply excellent. In fact it’s surely the best it’s ever looked and improved my enjoyment considerably having previously watched a poor quality print on some television channel. It has a good clean image with vibrant colours making Paris look truly splendid. In fact there are no dirt marks anywhere to be found, quite simply this is an outstanding Blu-ray release from Arrow Video and a must buy for fans of this Frederick Forsyth story.

Now to the extras and Arrow have again provided another set of interesting interviews to give plenty of insight into director Fred Zinnemann process of making the film. You also get a particualry informative booklet included, which is always a nice touch from Arrow Video.

That’s The Day of the Jackal blu-ray review, if you have any thoughts on this film leave them in the comment section below: 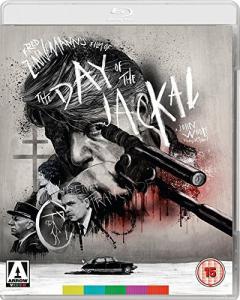 The Day of the Jackal is a tense political thriller that needs to be experienced by all film fans. 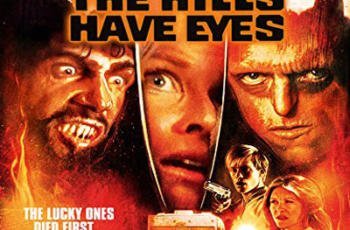 Its Saturday night horror time as I take a look … 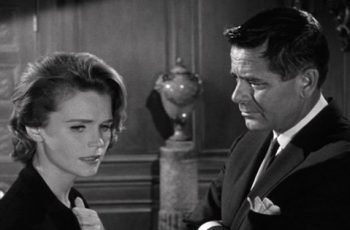 — Clint Eastwood in Heartbreak Ridge (1986)
We use cookies on our website to give you the most relevant experience by remembering your preferences and repeat visits. By clicking “Accept”, you consent to the use of ALL the cookies.
Cookie settingsACCEPT
Manage consent