It’s time I looked at a recent blu-ray release of a classic sci-fi story. This is my The Day of The Triffids blu-ray review. This is the BBC adaptation that aired between the 10th September – 15th October 1981 on BBC One over six episodes. I remember seeing this version maybe in 1984 and it sticking with me, I always thought it to be a very good adaptation. Will my memory still hold true once I’ve revisited it several years later? I certainly hope so!

There’s some good news too as the BBC has carried out a new restoration.

Bill a Triffid farmer is in hospital following an eye injury from a Triffid incident. Triffids are large plants that are able to move and are farmed for their oil. However they are also very dangerous as they are carnivorous.

Bill is in good spirits upon waking as he is due to have his bandages removed. This meant that he had to miss out on the previous night’s excitement. Whilst the rest of the world watched a spectacular meteorite shower Bill was unable to see.

However the meteorite shower had an unexpected effect, its caused anyone that saw it to go blind. The world doesn’t take long to descend into chaos especially as the Triffids are now on the loose!

This television adaptation creates a feeling hopelessness and tension that such events could be happening on UK streets. The Triffids are only one horror to contend with as the whole government of the UK simply falls apart and people are separated into those that can see and those that choose to exploit their power.

The sound effects of the Triffids are particularly terrifying if you put yourself in the shoes of the newly blind folk simply trying to survive day by day.

The main cast is quite small and concentrates on just a handful of characters. All of the cast deliver believable performances with John Duttine as Bill Masen, Emma Relph as Josella Payton and Maurice Colbourne as Jack Coker the main focus of attention.

Conclusion: The Day of The Triffids (1981) TV Adaptation Review

So having just watched this BBC adaptation of The Day of The Triffids is it as good as I remember? Well in short pretty much. The problem with many of these mini-series tends to be a lull in storytelling during the middle part. Fortunately I didn’t really find that here the story moved along pretty well.

I still love that 70/80’s feel and vibe, a period in which so much good television was produced. So to conclude yes I really enjoyed this trip down memory lane and the BBC’s The Day of The Triffids (1981) still holds up very well today.

I highly recommend giving it a look especially if you were around the first time it aired on television.

If you enjoyed my The Day of The Triffids blu-ray review so far you may want to check out the following films:

Conclusion: The Day of The Triffids Blu-ray Review

I have to say I’m very impressed by this BBC blu-ray release, the restoration is pretty much perfect. The picture quality is sharp and clean. I strongly recommend taking a look at the ‘Restoration Featurette’ which shows the before and after.

I’ve seen some criticism on a couple of customer reviews over the way in which 16mm location film and upscaled video for interior scenes are handled. In my opinion there is no issue, it all looks fine and I have no hesitation in recommending this blu-ray version.

The Day of The Triffids (1981) blu-ray is available now from Amazon.co.uk.

That concludes The Day of The Triffids blu-ray review. I’m aiming to review more classic television soon. What’s next? Check back soon…

Join us in supporting physical media by obtaining this brillant TV adaptation on blu-ray. Remember streaming platforms can add or remove your favourite TV series or films at any time. Own it forever and you never need worry again! 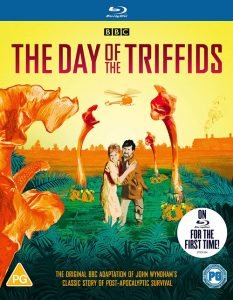 Movie title: The Day of The Triffids (1981) BBC Television 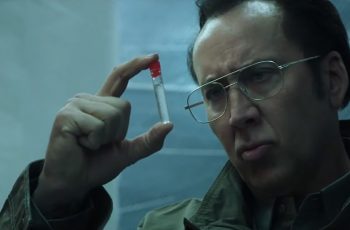 I’ve managed to track down another Nicolas Cage movie on …

I’m taking a look at a film noir crime classic …