It’s time for The Fog blu-ray review, every October should feature at least one John Carpenter film. I really do love all of his movies.

I’m going to take a look at the The Fog (1980) a horror film starring Adrienne Barbeau, Tom Atkins and Jamie Lee Curtis.

Set in the coastal town of Antonio Bay, California, the locals are preparing to celebrate the towns 100th anniversary. Father Malone learns that the town was founded at the expense of a man named Blake.

He was to establish a leper colony nearby so the towns founders lured his ship on to the rocks killing him and his crew. Aboard the ship was a quantity of gold which the townsfolk took.

Father Malone discovers the towns dark secret when a large piece of stone falls out of the wall in the church revealing a journal in which these events are described.

Meanwhile three fishermen encounter a strange glowing fog whilst out at sea. But wait, what’s that? There’s something in the fog!

That’s exactly what these poor fishermen find out and what costs them their lives. The fog reveals a clipper ship The Elizabeth Dane along with a rather ghostly crew seeking revenge.

As arrangements for the towns centenary on 21st April continue the town goes wild during the night, electrical appliances working on their own, glass shattering.

This is just the beginning of a terrible night.

Adrienne Barbeau plays Stevie Wayne owner and host of the towns radio station that just happens to be located in the lighthouse. From here she can see out to sea and across town and it’s from this location she helps the save the town’s population.

What does Blake want? The Gold, revenge of something else? You have to watch for yourself to find out.

Adrienne Barbeau as radio host Stevie Wayne is excellent giving a truly outstanding performance which is the key to the film’s success. Stevie is the voice warning the residents of the impeding danger that lies within the fog whilst her son remains at home and at risk. Brilliant stuff.

Elsewhere we have Tom Atkins and Jamie Lee Curtis who both deliver good performances adding to the all-round feel of the film.

Hal Halbrook as the Father Malone adds further weight and class to the film. But there’s more Janet Leigh also plays a prominent role as head organiser of the town celebrations. Playing alongside daughter Jamie Lee Curtis is nice touch.

It’s John Carpenter and it looks terrific. Set on the coast there are plenty of nice camera shots of the coast and coastal road up to the lighthouse. It really does look amazing.

The town, the church it all looks perfect and gives you the right feeling for this type of film.

The pacing is perfect allowing for the background story to be told, whilst building up the tension to the films terrifying conclusion.

I have nothing bad too really say about this one.

The music in this film is simply awesome. John Carpenter excels when adding music to his films but this has got to be one of his very best. It in many ways it makes the film, giving it a nervy edgy feel, a feeling of impending doom. I love it and own the CD soundtrack.

I love this film I really think John Carpenter nail’s it in terms of style, story and terror. The basic story is there’s something the fog, but there is a lot more to it than that.  The way in which the story is told is key, using the radio station/lighthouse as the focal point is the perfect way to do this.

With The Fog John Carpenter delivers another horror master piece that has gained cult status and rightly so.

An excellent cast, great music and great directing means this is a must see film. A true cult classic.

Oh just make sure you don’t choose the 2005 remake with is absolutely terrible.

No worries here it looks pretty much perfect I’m glad to report. Should you upgrade from your DVD copy? Definitely this look amazing and is another reason why film studios should not remake these classics. What would you rather see, John Carpenters version fully restored on the big screen or the remake starring Tom Welling? It’s no contest.

The Blu-ray has a clean, crisp picture with virtually no flickers of dirt making it look the best I’ve ever seen it. Top marks all round for this Blu-ray.

No extras but I don’t mind as it has been restored to a high level which is my main requirment.

The Fog blu-ray review is part of our Halloween season

Movie description: As the coastal town of Antonio Bay, California, prepars to celebrate its 100th anniversary the fog rolls in.

The Fog is outstanding horror film accompanied by the perfect soundtrack. 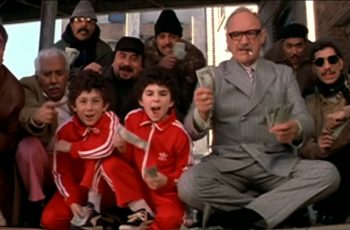