It’s time to look a crime drama from 2014 starring John Travolta. This blu-ray release comes from Kaleidoscope Home Entertainment, this is The Forger blu-ray review.

John Travolta plays an art forger Raymond J. Cutter, who starts the movie in prison.  However he needs to get out early so does a deal with the guy who helped put him there.

This urgency is at the heart of the story as his son Will is ill. But getting out doesn’t come free and he is forced to forge a painting and take part in a heist.

That’s you basic plot and I won’t elaborate any further.

You will see The Forger listed by some as a crime, thriller but trust me it’s more of a crime drama.

The movie is really about the relationship between father and son.  What we witness is the friction between them as they come to terms with the illness.

Raymond just wants to spend time with Will but the upcoming heist is somewhat getting in the way.  Maybe father and son will help each other, you will have to see. There is way more drama than tense situations.

The movie looks pretty good, but some will feel the pace is all too slow for a thriller.  But for a crime drama it works well enough I suppose.

I think the director may have struggled to pull this off; the actual heist is pretty simple and serves only for the main story.  Don’t expect a tense exciting art robbery as that is not really this movies focus.

Travolta is ok this it’s not one of his best performances he seems to lack a bit of personality. Christopher Plummer plays Joseph Cutter, Raymond’s father and he has a few decent scenes and plays it quite well. Tye Sheridan doe a good job with his situation, other characters include a law enforcement agent and the guy who Raymond owes for getting him an early release, Keegan.

Keegan, played by Anson Mount is supposed to be the bad guy but is not entirely convincing.

The Forger is a decent movie and if you are looking for a slower paced crime drama then this fits the bill. I doubt this will be one I will return to in a hurry though, but you could do far worse than this.

This is no I Am Wrath just to be clear.

If you’ve enjoyed this The Forger Blu-ray Review so far you may want to take a look at these films:

It’s a new movie, extras include only the trailer but I’m fine with that.

Not every movie needs lots of extras, the cult classics absolutely but this doesn’t require anything other than the trailer.

The Forger (2014) blu-ray is available now from Amazon.co.uk.

Like my The Forger Blu-ray Review (2014) we have plenty more Blu-ray reviews on the site. 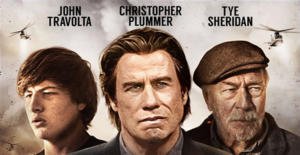 Travolta plays a art forger in this slow paced heist drama. It’s a movie you need to be in the right mood for! 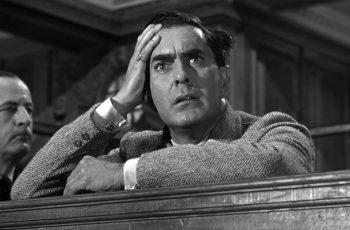 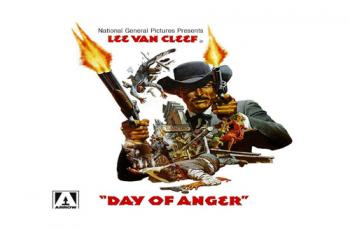 It's a 1967 spaghetti western film directed by Tonino Valerii …