Having just reviewed the Cary Grant film His Girl Friday I’m taking a look at the first film version of that story The Front Page (1931). This is included on the Blu-ray version of the Cary Grant film. The story is the same with just a couple of tweaks, the main one being the character of Hildy in this version is a man. So without further ado here’s my The Front Page Blu-ray Review.

I’ll keep it brief as if you have seen the Cary Grant film it’s in essence the same story. Walter Burns is the editor of a newspaper but much to his surprise his star reporter Hildy Johnson (Pat O’Brien) has decided to leave, get married and move to New York.

On hearing this news Burns ropes in Hildy into covering the story of a man whom has been sentenced to hang.

Fast paced comedy that works reasonably well, directed by Lewis Milestone with the cinematography being handled by Glen MacWilliams.

Nothing of any note is used.

Everyone seems to fit in with newspaper world and the acting is on the whole pretty good.

The fast paced world of the Newspaper industry is perfectly captured largely due to the fast paced dialogue used throughout.

If I am to compare the His Girl Friday with The Front Page I’d have to say whilst the story is the same the tone of the films differs slightly. Both are done in a comical way for example both are more concerned about when the man will be hanged rather than if he should he be hanged. This is because they are trying to influence the timing of his death so it will to make the front pages.

The difference with the Cary Grant film being it definitely fits the term screwball comedy with a more romance theme where as The Front Page is a comedy /drama about the newspaper business. Both work extremely well but if I had to choose I’d go for His Girl Friday as I like the dynamic between Cary Grant and Rosalind Russell.

But you don’t have to choose as the Blu-ray versions of both films are included in the same box.

If you like my The Front Page blu-ray review you may want to check out these films:

No real problems with the picture quality it has been restored and looks clean. 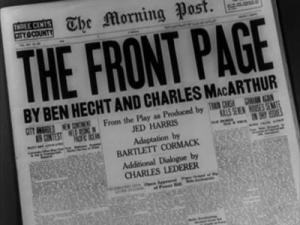 The fast paced world of the Newspaper industry is perfectly captured 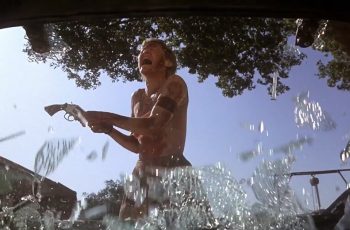 I love a good Stephen King story and I like … 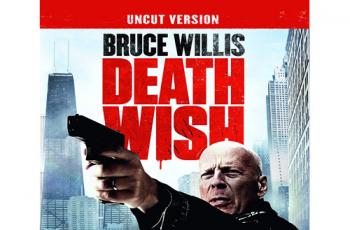 The film I’m taking a look at today is Death …