Its Saturday night horror time as I take a look at another cult horror film, this one comes from the horror legend Wes Craven. So without further ado here’s my The Hills Have Eyes blu-ray review of the Arrow Video release.

The Carter family take a trip into the desert in search of an old mine but suffer major damage to their vehicle which in effect leaves them stranded. With only hills surrounding them two of the men in the party decide to walk out and find help leaving the rest of the family with the car and trailer.

But the hills have eyes and something is tracking their every move and it only a matter of time before they make their move.

The film was written and directed by Wes Craven with the cinematography being handled by Eric Saarinen.

It has that seventies feel going for it and that is a huge plus point in my opinion. The camera work is pretty good bearing in mind most of the film takes place in the open desert or within the trailer.

Pacing seems about right it’s not a long film 90 minutes in fact and does a decent job of building the tension.

The music is provided by Don Peake and gives off an extremelycreepy, haunting and disturbing vibe which is very much in keeping with on screen action. There is a long string kind of sound that builds the tension to unbearable levels before finally letting go.

I’m not going to lie the acting is the greatest ranging for poor to decent at best.

The worst part being the son Bobby (Robert Houston) who comes across as being rather wooden and without emotion one minute and then too much the next. Maybe that is what he was asked to do but I just felt his performance could have been so much better especially as he is one of the main characters.

Another strange performance is that of the mother who seems on another planet at times.

The best performance by a mile goes to Susan Lanier playing Bobby’s brother Brenda. She has some of the most violent and disturbing scenes in which her character is physically abused. Make no mistake she has no intention letting the savages get away with murdering her family and takes control when Bobby begins to lose it. A very good performance.

Martin Speer plays Doug and is married to the eldest of the Carter’s daughters Lynne.

In fairness the savage mutant cannibalistic group stalking the desert are indeed a pretty worrying lot with the extraordinary looking and acting Michael Berryman as Pluto.

It’s not very often you see too many great performances in exploitation-horror films. One reason tends to be the small or tight budgets the filmmakers have to contend with.

There is no doubt upon release The Hills Have Eyes was a truly disturbing and shocking film and so it remains all these years later.

There is no shortage of violence especially with the rape scene. However what’s even more disturbing is the violence that takes place around the baby in the trailer.

So it remains a controversial exploitation cult film that if I’m honest I not sure I would say I enjoyed it but it certainly feel affected by its powerful themes.

For the most part the film is reasonably well shot and is definitely worth watching but is certainly not a film I would watch again for a little while.

The film reportedly had a budget of somewhere around $230,000 and took a massive $25 million at the box office if its Wikipedia page is to be believed. That said Wes Craven believes the budget was more like $275,000.

Not bad going and it surely helped when Wes Craven wanted to make his next picture.

If you like my The Hills Have Eyes blu-ray review you may want to check out these films:

The picture quality for the most part is pretty good. It’s had a 4K restoration and a good balance has been struck in terms of the image clarity. The film is shot with quite a lot of noise which has seemingly being reduced to produce a clean image without too many marks or speckles of any note.

That said the film is at its worst during the night-time scenes which is where many older films tend to struggle with the really dark scenes which are predominantly black appearing incredibly noisy.

However on the whole I am more than satisfied with the picture quality and would recommend that you upgrade from any other version you may own. Good job!

The Limited edition is becoming scarce but the good news is the standard version is due out 31 July 2017 minus the booklet, posters and postcards.

The alternate ending is largely a switching of the order of the last two main scenes followed by a survivors end scene and extended end credits.

To be fair the shorter version is a far better and more powerful way to end the film so I’m pleased they chose the right one.

Looking Back on The Hills Have Eyes (Documentary) is a very interesting and informative set of interviews with Wes Craven and members of the cast and the producer.

Another excellent set of extras courtesy of Arrow Video, perfect for any film lover. 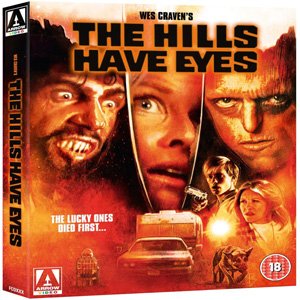 A cult exploitation-horror film from the seventies that even today continues to shock. 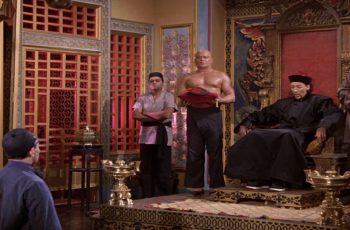 It is time to take a look at the last … 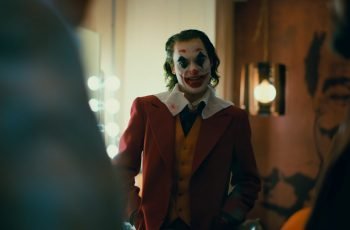