That means Peter Cushing plays Sherlock Holmes and Andre Morell as Doctor Watson. A great line-up but now we need a strong actor to play Sir Henry Baskerville, I know Christopher Lee. Now with that cast it would be hard not to have something special happen.

As most of you will know the story I’ll be brief. The story of The Hound Of the Baskervilles comes from Sir Arthur Conan Doyle.

Sir Hugo Baskerville is playing host at Baskerville Hall when one of the servants daughters escapes via a window. This prompts Sir Hugo to hunt her down with a pack of beagles over the moor. Forced to dismount his horse he follows on foot until finding and killing her in the abbey ruins.

A dog appears resulting in his death and so the legend of the Hound of the Baskervilles is born. Any Baskerville who ventures on to the moor alone at night will be killed by the hound!

Skip forward a few centuries later and the death of Sir Charles Baskerville is reported by his friend Dr Mortimer to none other than Sherlock Holmes (Peter Cushing).

Holmes takes the case and meets the new owner of Baskerville Hall, Sir Henry Baskerville (Christopher Lee) at his hotel. Sir Henry seems unconcerned by the legend of the Baskervilles until Holmes saves him from a tarantula.

Holmes says he is too busy to accompany Sir Henry to Baskerville hall, sending Watson instead. From here things become really intriguing but I won’t say any more.

Peter Cushing is outstanding as Holmes and it does make you wonder why Hammer did not have him play Holmes in a few more films. He really does play the character of Holmes incredibly well and is well suited bringing an air of authority to the role.

Andre Morrell is really good as Dr Watson and Christopher Lee what can I say, he is also outstanding as Sir Henry. His performance seems to add an extra level believability to what is already a great film.

Directed by Terence Fisher The Hound of the Baskervilles is done in the Hammer style and is instantly recognisable as one of their films. The music will sound very familiar it’s by James Bernard, think Dracula.

All in all this is a great version of one of the best Sherlock Holmes stories done in typical Hammer style and acted to the highest level by great actors.

I really do love this film and now it’s on Blu-ray!

Conclusion: The Hound of the Baskervilles Blu-ray Review

The picture looks sharp and clear, the colours seem perfect, so all is great? Not quite there are some white dirt marks/flickers that persist throughout the film which really should have been removed.  It does slightly detract from the overall enjoyment especially on those dark scenes on the moors, but it is certainly the best version of the film around.

Could have and should have done better.

When it comes to extras Arrow Video know what they are doing, all interesting stuff for any Holmes or Hammer fans.

The Hound of the Baskervilles (1959) blu-ray (Hammer Version) is available now from Amazon.

If you’ve enjoyed this The Hound of the Baskervilles Blu-ray Review so far you may want to take a look at these films:

Conclusion: The Hound of the Baskervilles (1959) Film Review

A great Hammer take on the most famous detective of all in one of the best stories. Add to that a truly great cast and we have an outstanding film.

The Blu-ray version is certainly let down by the failure to clean-up the white speckles of dirt and I hope this will be addressed if the film is ever re-released in the future.

The Hound of the Baskervilles (1959) Film Trailer

If you liked my The Hound of the Baskervilles Blu-ray Review 1959 Hammer version, we have many more reviews on the site.

Summary: The Hound of the Baskervilles (1959) Blu-ray Review 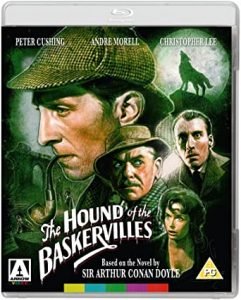 Movie title: The Hound of the Baskervilles (1959) Hammer Version

A great Hammer take on the most famous detective of all in one of the best stories. The best version of the film, generally a good Blu-ray that should have been great 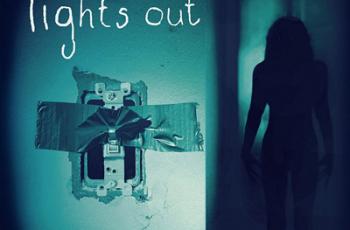 October means horror to me and therefore plenty of horror … 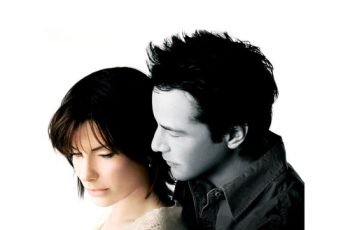 Two actors that I’ve always liked are Keanu Reeves and …