Second Sight Films released a couple of Amicus classic horror anthologies back in July. With Halloween fast approaching I thought what better time to review them. Both titles have been fully restored. I’ll take a look at The House That Dripped Blood (1971) here and Asylum (1972) in my next review. So let’s get started here’s The House That Dripped Blood blu-ray review.

There is a house, a strange house that nobody seems to live in for long. However the last resident has mysteriously disappeared resulting in a police investigation.

Horror writer Charles Hillyer (Denholm Elliott) moves into the house in order to complete his latest book. His wife seems less than keen to stay but agrees to stay until the book is finished. As Charles begins to write he starts to see his latest horror creation in the flesh. Is it real or all in his mind?

A retired businessman. Philip Grayson (Peter Cushing) decides to move into the house and sees it as the perfect place to unwind. However following a visit to the nearby town’s waxwork museum he becomes somewhat disturbed.

Sweets to the Sweet

John Reid (Christopher Lee) is a strict father of a young girl. He has taken the unusual decision to keep her away from other children and hires a teacher to teach her at home. What is it he is afraid of?

Horror actor Paul Henderson (Jon Pertwee) is a stickler for perfection. He can’t abide having poor quality sets or props. This leads him to purchase an authentic cloak for his latest horror film. However having done so he finds it seems to have the effect of turning the person wearing it into a vampire.

The film was directed by Peter Duffell whilst the cinematography was handled by Ray Parslow. It’s a very well made horror that gets the job done very effectively.

The music score comes from Michael Dress and fits perfectly with the horror genre.

As the film’s story is broken into several smaller tales it allowed Amicus to hire a pretty stellar cast including the likes of Peter Cushing, Christopher Lee, Denholm Elliott, Jon Pertwee and Ingrid Pitt.

Amicus made several horror anthology films during the seventies. It allowed them to cast high quality actors but only required them be on set for a few days thus keeping the cost down. The House That Dripped Blood (1971) sports a whole host of well known actors including everyone’s favourites Peter Cushing and Christopher Lee.

The stories are all linked together by a connection to a strange house. This mechanic works rather well and I found myself enjoying all of the four different segments.

I’m a fan of Amicus and Hammer films and highly recommend you take a look at this newly restored version of The House That Dripped Blood (1971).

If you enjoyed The House That Dripped Blood blu-ray review you may want to check out the following films:

Fortunately Second Sight Films has released a near perfect restored version of this Amicus classic horror anthology. The picture quality is exceptional and if you are upgrading from the DVD version you are in for a real treat.

Extras include an interview with the Second Assistant Director, Mike Higgins and several audio commentaries.

The House That Dripped Blood (1971) limited edition blu-ray has now sold out. Fear not as the standard edition is coming on the 6th January 2020.

The House That Dripped Blood (1971) Trailer

For those of you yet to see the film I’ll leave you with a little taster.

That concludes The House That Dripped Blood blu-ray review. I’m aiming to review more classic horror films over the coming weeks. What’s next? Check back soon. 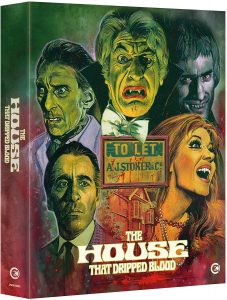 I’m ready for another horror movie, after all it is … 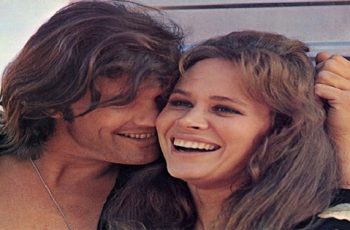