My October horror season begins here as I count down to Halloween.  It’s time to take a look at some of the horror films that are now available on Blu-ray.  The film I’m looking at here is Joe Dante’s The Howling from 1981 and has a bit of a cult following.  I can’t really remember it that well but with Studiocanal having released a brand new restored version on Blu-ray just last week I’m more than keen to take a look.  So without further ado here’s my The Howling Blu-ray Review.

Television news anchor Karen White (Dee Wallace) finds her fame comes at a cost when she is stalked.  Instead of just leaving it to the police she and her television station decide to lure out the stalker. Things don’t exactly go to plan when Karen ends up alone with her mystery man.  As she turns around to look at his face she screams prompting the police to enter and shoot the man dead.

Following this incident Karen begins to experience strange dreams and visions which prompts Dr. George Waggner (Patrick Macnee) to suggest she take a break with her husband at secluded resort set deep in the countryside.  What she is unaware of is there might just be the odd werewolf lurking in the woods.

The film is reasonably well shot but struggles a little from a poor main story thread made worse by the slow pace.  The plot seems confused and is pretty uninteresting for the most part. The film ambles along until the eventural Werewolf reveal which isn’t worth the wait.

Looking back now years later The Howling doesn’t stand up as well as say An American Werewolf in London which also released the same year.  The werewolves aren’t particularly well done, I know this is a quite hard to pull off even now with all the computer graphics but it really doesn’t work too well.

Directed by Joe Dante, with the cinematography being handled by John Hora.

The music is I guess functional without being really memorable, the score is provided by Pino Donaggio.

Karen White is the main character played by Dee Wallace but she isn’t a particularly interesting character and neither is her husband.  Patrick Macnee as Dr. George Waggner brings some authority to proceedings and is good in the limited scenes he is in.

Overall the performances are decent enough but the real issue lies with the writing.

The Howling isn’t a particularly scary film and its story is rather uninteresting, I may be being a little unkind but I was expecting a bit more.  It is however magnitudes better than the sequel Howling II by director Philippe Mora.  I don’t think The Howling has aged that well but I do still think it’s worth watching maybe I went in with higher expectations than I should of.

Personally if you are looking for a Werewolf film I would highly recommend An American Werewolf in London from the same year.

If you like my The Howling Blu-ray Review you may want to check out these films:

This Blu-ray release has had a brand new restoration and it looks fantastic.  The picture looks sharp and clear with vibrant colours and there are no signs of any speckles of dirt.

On to the extras and Studiocanal deliver a decent collection interviews giving some insight into the process of making the film.  That said if you already own the DVD version many of the extras included there are not present on this Bluray version.

Bottom line if you are a fan of The Howling (1981) then this brand new restored Blu-ray version is well worth purchasing.

That’s The Howling blu-ray review, if you have any thoughts on this film you can leave them in the comment section below: 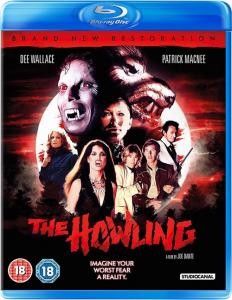 A slightly disappointing werewolf horror that fails to terrify. 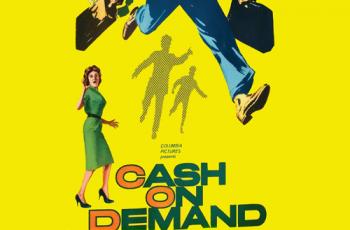