It’s time for The Hunt for Red October blu-ray review as I continue my Sean Connery season of blu-ray releases.

The Hunt for Red October (1990) is a cold war thriller based on a Tom Clancy novel.

Sean Connery plays a Soviet Union naval Captain, Marko Aleksandrovich Ramius who happens to be in charge of the latest and greatest high tech submarine. The sub is fitted with a caterpillar drive that in effect renders it invisible to sonar.

Ryan is mystified over a couple of bay doors he can’t explain and relays his concerns to his superiors.

Red October meanwhile is out on sea trials but Captain Ramius has his own plans for the sub, he is in fact planning to defect to America.

The problem he has is not all the crew would necessarily go along with him and how does he convince the Americans he is defecting and not attacking?

What follows is an intense thriller of a ride…

The film is based on Tom Clancy’s novel.

The film was directed by John McTiernan with the cinematography being handled by Jan de Bont.

With large parts set on or around submarines the danger is the film can feel too claustrophobic. That is not the case here. A good balance of internal and external scenes gives the film an exciting whilst tense feel.

Add to that we have multiple locations be it at US intelligence or on an aircraft carrier out at sea. Oh and of course submarines.

This is an espionage thriller and keeping the audience on the edge of their seats is the key in making this kind of film successful. The director nails this aspect with pacing / tempo perfect. At over two hours this type of could become bogged down with proceedings hitting a lull, not here those.

The music is provided by Basil Poledouris and is the perfect music with the Russian style music really setting the mood and tone. The rest of the music provides the sense of tension.

What can I say Sean Connery is the star. He delivers yet another commanding and believable performance. He is so good that I can’t think of any other actor playing this role.

Alec Baldwin as Jack Ryan is to be fair is very good complimenting Sean Connery well. He helps bring a sense of urgency that clearly a situation like this would require.

Sam Neil is another good choice, he plays Vasily Borodin, Ramius’s right hand man. In fact the casting for all the roles is spot on, Josh Ackland plays a rather uncomfortable Soviet Ambassador to the United States. Then we have the outstanding James Earl Jones who may not be in the film an awful lot but simply makes the film so much better for him being in it.

I think in all fairness the casting is key to making The Hunt For Red October a must see film.

The Hunt for Red October is a tense and slick cold war thriller that oozes style. With great acting all round this makes it a must see film. Every now and then all the components come together and the result is an outstanding film like Red October.

If you like my the The Hunt for Red October blu-ray review check out these films:

In general the picture quality is pretty good with hardly any speckles, I noted only a couple. However whilst this is a pretty good version I am still left with the feeling that it should be a little better.

The print doesn’t seem to be as clear as it might have been leaving me to wonder if this is more down to the film it was shot on or just not the greatest clean-up job. Maybe this just isn’t a high definition transfer.

With all that said it’s still worth upgrading to as it looks far better the DVD.

Who knows maybe someone will give it a 4K scan / restoration one day, but in the meantime this Blu-ray is still worth upgrading if you already own it on DVD.

A good length documentary with interviews with all the key personnel connected to the making of the film. Provides enough insight on how the film came together.

The Hunt for Red October (1990) blu-ray is available now from Amazon.

That’s my The Hunt for Red October blu-ray review, if you have any thoughts on this film leave them in the comment section. 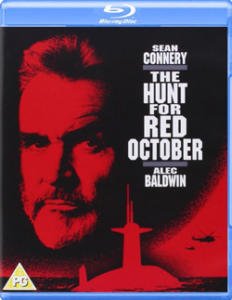 A film that has you on the edge of your seat throughout, outstanding and thrilling in equal measure. 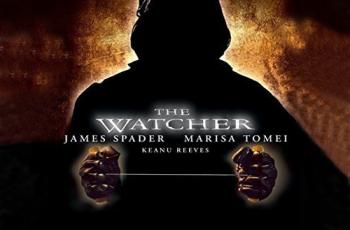 I’ve been taking a look at Keanu Reeves films that … 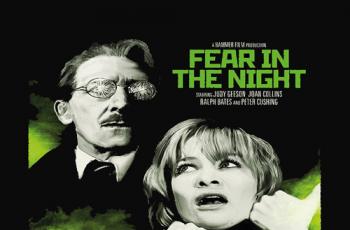 It’s time for the Fear in the Night blu-ray review. …