It’s time for The Man Between blu-ray review its yet another classic film that has arrived restored on blu-ray. This one is from director Carol Reed and stars James Mason.

Set in a divided Berlin just after the war, Susanne Mallison (Claire Bloom) visits her brother Martin who is posted there. Her brother is married to a German woman Bettina (Hildegard Knef).

Bettina offers to show Susanne East Berlin which is where she meets Ivo Kern (James Mason). Bettina is less than pleased to see him but he begins to appear more and more often even in the Mallison’s home where they argue and this is witnessed by Susanne. She realises something is going on and decides to probe further into their relationship.

However things take a slightly different turn as Ivo and Susanne begin spending time together. Ivo confesses he would like to move to West Berlin and needs Susanne’s help.

What is Ivo really up to?  I’ll leave you to discover that for yourself.

The film was written by Walter Ebert, Harry Kurnitz and Eric Linklater.

Directed by Carol Reed who directed the classic The Third Man as few years earlier, he really knows how to make the most of a post war thriller film. Desmond Dickinson handles the cinematography.

This is a black and white picture that uses some nice tilted camera angles that really accentuate the drama and tension.

Set in post war Berlin which is largely full of rumble, it does an amazing job in giving you a real impression of the time. To add even more to the atmosphere parts of the film are set in a snowy Berlin including some car chase scenes.

The film moves along a good pace allowing enough time to introduce all the main players and build the intrigue. All this builds the tension until the inevitable climax that doesn’t disappoint even if you kind of know how the film will conclude.

The music is provided by John Addison and is good enough and certainly fits this genre building the tension and drama perfectly.

With only a few main characters it’s even more important that the casting is good and it is. James Mason and Claire Bloom play the two main characters.

Claire Bloom is excellent as the 21 year old, naive yet intelligent woman visiting a strange bombed out city. She really is a perfect choice and delivers an outstanding performance against James Mason.  She manages to pull off being someone maybe out of her depth but somehow being a calm and confident person at the same time.

James Mason is in my opinion an excellent actor and he delivers another standout performance as a bad guy (Ivo) whom maybe isn’t as bad as he makes out.  Ivo is a former lawyer who has a past in which he participated in war atrocities. In many ways Ivo is a complicated character who does what he has to survive in East Berlin. He is involved with some dodgy people who have a lot of influence in the East sector of Berlin.

Hildegard Knef plays the German wife of Susanne’s brother and is a very strong and serious character right from the outset. In fact she appears to have the weight of the world on her shoulders. Hildegard does this exceptionally well and this really helps the plot move along.

So some really good performances all round.

Conclusion: The Man Between (1953) Film Review

Having never seen The Man Between before I have to say I thoroughly enjoyed it. There are of course similarities between it and The Third Man (1949) which is set in war divided Vienna and also directed by Carol Reed.

Maybe because The Third Man is such a classic, I really do love it, is the reason The Man Between is a lesser known gem and coming only a few years apart must have harmed its critical reception. However viewed today I’m sure many people will simply enjoy it as a classic film in its own right.

So whilst The Man Between doesn’t quite deserve the same amount of praise as The Third Man I would definitely still recommend giving it a look.

The Man Between Blu-ray Review

It claims to be a brand new restoration and it looks absolutely amazing. It is an excellent restoration without any speckles or picture issues I could see. Just a clean crisp print, if only every film could receive the same amount of attention.

Popcorn Cinema Rating: The Man Between (1953)

That’s my The Man Between blu-ray review, if you have any thoughts on this film leave them in the comment section. 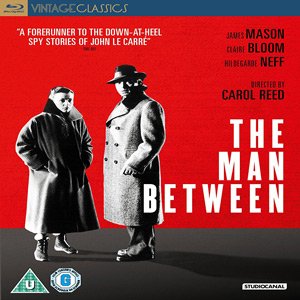 If you like films like The Third Man than this is a perfect choice, plus the Blu-ray version has perfect picture quality. 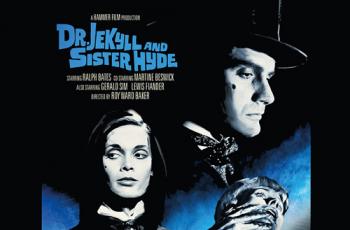 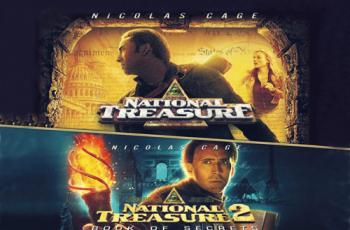