I’ve always enjoyed Clint Eastwood films so when he returned to acting in The Mule (2018) I had to take a look. I wasn’t disappointed either so let’s take a look at the blu-ray which came out at the beginning of June. Here’s The Mule blu-ray review.

When a horticulturist Earl Stone (Clint Eastwood), who is in his 80’s, finds his business and way of life failing he becomes a drugs mule. Delivering packages across America proves to be a lucrative job and it allows Earl to fund the things that matter to him.

However he is about to become under the scrutiny of DEA agent Colin Bates (Bradley Cooper) who is determined to put an end to the Mexican drug cartel’s operations.

The films directed by Clint Eastwood whilst the cinematography is handled by Yves Bélanger.

The music is by Arturo Sandoval.

There are some really great scenes between the two actors. The characters have a mutual respect for each other despite being on opposite sides of the law.

The acting here really is of the highest order.

You might be forgiven for thinking The Mule may be a bit of a let down. However Eastwood delivers a truly outstanding acting performance along with a fine piece of filmaking.

The story is a compelling one that see’s an unlikely drugs mule does a lot of good with his ill-gotten gains.

I really can’t stress just how good the film is, I highly recommend giving this one a look as I consider it to be outstanding.

If you enjoyed my The Mule blu-ray review so far you may want to check out the following films:

Clearly the film is only from 2018 and therefore the picture quality is flawless. That said don’t be tempted to go for the lower resolution DVD, films really do need to be viewed in high definition on that rather large television sitting in your living room.

That concludes my The Mule blu-ray review. I plan on reviewing a few more Clint Eastwood films towards the end of the year. Check back soon… 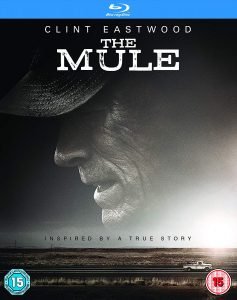 Clint’s back and he’s still awesome 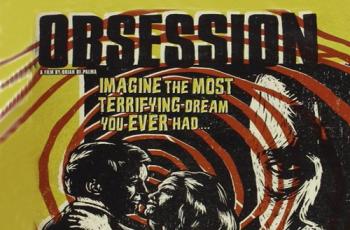 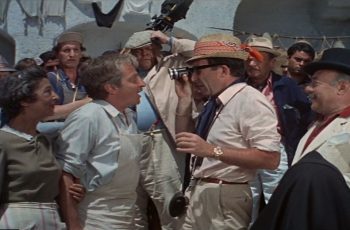