I think is high time I take a look at another classic Hammer horror film that’s available now on blu-ray thanks to Studiocanal. The film I’m reviewing is from their 2012 releases and is one of Hammer’s Mummy films. So without further ado here’s my The Mummy’s Shroud blu-ray review.

A team of archaeologists led by Sir Basil Walden (Andre Morell) locate the lost tomb of the boy Pharaoh Kah-To-Bey. They are warned not to proceed but they continue on and recover the Mummy with the aim of shipping it back to England to be put on display in one the museums. What will happen to the members of archaeological team that were present at the discovery?

The film is directed by John Gilling with the cinematography handled by Arthur Grant. The sets used in the prologue look a little cheap and somewhat out of place, clearly most of the money went on the main film where it’s obviously better spent.

Not only did John Gilling direct the film but he also co-wrote it along with Anthony Hinds.

The music is provided by Don Banks and he does a fabulous job of trying to bring those sounds and feeling of Egypt to life.

André Morell plays Sir Basil Walden the man in charge of the expedition but this is far from the lead character as you might initially assume. No the main character of the film is actually Stanley Preston played by John Phillips. He is a man that thinks he can simply throw money around and it will solve any problem however he’s of course never met a Mummy before.

Roger Delgado is Hasmid a man that commands the Mummy to kill and whilst he doesn’t have a whole lot of dialogue he instead introduces plenty of enthusiasm into his performance which results in it being a memorable one.

Now I can’t finish my look at the characters and actors without mentioning Hammer favourite Michael Ripper. Director John Gilling gives him a rather larger role than normal and it’s a rather pathetic character but one Ripper excels in showing what else he has to other than merely pub landlords and the like.

The Mummy films are not my favourite of the Hammer or Universal franchises but I do still enjoy them. That is the case here, the film is a decent one but not a great one and that’s fine. The story moves along a decent pace and there’s plenty of murders carried out by you know who, plus the acting not too bad either. Andre Morrell’s early departure is a shame as I always like watching his performances.

Overall The Mummy’s Shroud is an entertaining enough film that just lacks a certain something to make it into a must see Mummy film. As many other Hammer experts have mentioned the film relies heavily on its rather excellent ensemble cast as opposed to the usual Hammer roster of stars such as Lee or Cushing and all of them are very capable actors which turn in good performances. That said there simply isn’t quite enough to hide the fact that the film is just a series of killings with little else to really grab the audience’s interest.

If you like my The Mummy’s Shroud Out blu-ray review you may want to check out these films:

Studiocanal delivers another impressive Hammer Blu-ray release. The picture quality is simply excellent with no issues to report. The image is clean and sharp whilst the colours appear as they should.

On the extras front, the must see feature has to be “The Beat Goes On: The Making of The Mummy’s Shroud” which has several Hammer experts provide insight in to the making of the film and how well it was received at the time of release. Overall this is another fabulous set of extras well worth a look.

The Mummy’s Shroud (1967) is available now on blu-ray, see the link below.

That concludes my blu-ray review, if you have any thoughts on this film you can leave them in the comment section below: 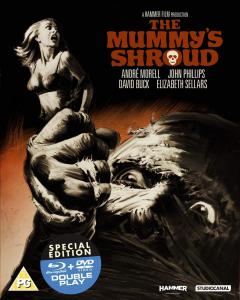 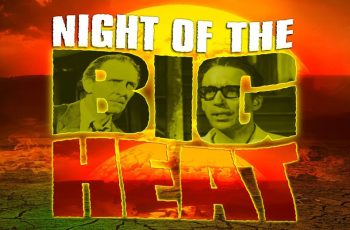 Following on from Island of Terror (1966) by Plant Film … 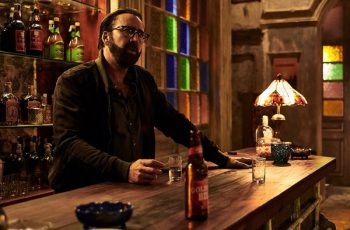 I’ve pretty much reviewed all of the Nicolas Cage films …