It’s time for The Offence blu-ray review, having had a horror and Dario Argento season I’m going to continue with my mini Sean Connery season starting with a 1972/3 film.

This blu-ray release comes from Eureka Entertainment, so lets find out whether The Offence (1973) is worth a buy.

And before you think I’m giving way too much of the plot away this is one of those films which starts at the end and the proceeds to show you how the situation became out of control.

This is really the story of a detective of 20 years who has seen some of the worst crimes imaginable including those that involve children. He struggles to control all that he has seen and is determined to bring those who perpetrate these horrendous crimes to justice.

The film has a kind of surreal feel and look as with see Detective Sergeant Johnson’s mind unravel and it works perfectly. Sidney Lumet really does create a very strange and uncomfortable film. The use of the light shone into the camera is one of the ways he shows Sergeant Johnson (Sean Connery) confused mind.

It really is a powerful film done with an excellent surreal style backed up by Connery’s performance.

The music is also spot on as it captures a mind on the edge full of tension perfectly complementing the visuals.

Sean Connery as you probably never seen him before, he starts out as a tough no nonsense detective but as we follow him the cracks begin to appear. Connery delivers an outstanding performance as he flips between two personalities.

The Offence is a film I’d never seen before and is not shown very often on television. It deals with some truly awful subjects, murders and sexual offences involving children making very uncomfortable viewing.

That said this is a very powerful film along with an outstanding acting performance from Sean Connery.

It’s excellently directed by Sidney Lumet but I suspect this may not be everybody’s type of film.

The Blu-ray looks amazing the picture quality is perfect with no marks, lines or speckles of dirt anywhere to be found.

A great collection or interviews and a rather nice collectors booklet, what more could you ask for, excellent extras.

The Offence (1973) blu-ray is available now from Amazon.

Trailer not representative of the Blu-ray version. In fact this was the only film trailer I could find and you will note it has subtitles. 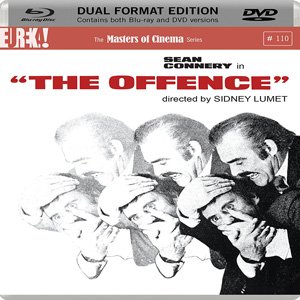 A dark disturbing crime drama with a truly outstanding performance by Sean Connery. 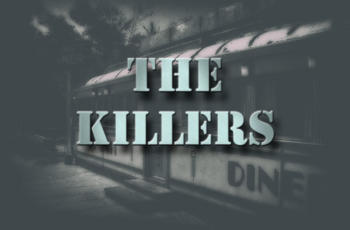 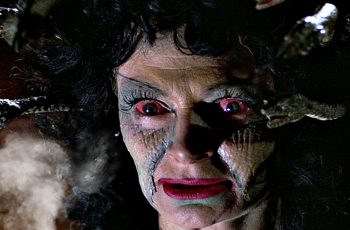