Mediumrare are releasing The Outer Limits The Complete Original Series Blu-ray this December in the UK.

The Outer Limits is a classic sci-fi series which ran between 1963-1964. There were 49 episodes over two seasons and each episode started with the following:

Talking Pictures TV are currently running the series every Friday night at 8pm.

I’ve added a clip of the intro at the bottom of this page.

Hopefully this blu-ray upgrade will take the picture quality to another level. The new release comes on 11 discs lasting over 41 hours.

The Outer Limits The Complete Original Series Blu-ray releases on 12th December 2022 in the UK.

I’m a big fan of The Outer Limits so I’m really looking forward to this blu-ray release from Mediumrare.

Will you be picking up this classic sci-fi series on blu-ray? This would make a fabulous Christmas present for someone in the family.

Don’t forget to check back daily for more blu-ray and DVD news. Our release dates pages are updated every week so keep an eye on those for news of more upcoming films and television titles. 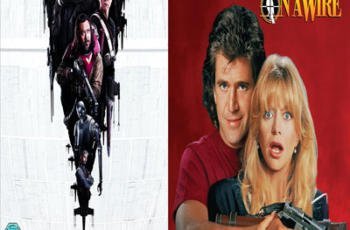 Warner Bros are kicking off a whole lot of Batman …