Are you ready for The Plague of the Zombies blu-ray review? It’s time for another look at a classic Hammer horror film that’s currently available on our favourite format.

Having taken a look at all of the recently released Hammer films by Studiocanal it’s now time to take a look at the ones that I missed reviewing which came out on blu-ray back in 2012. So without further ado here’s my .

When people in a small Cornish village begin dying the local doctor, Dr Peter Tompson is at loss to the cause. He is hampered by the relatives refusal to give him permission to carry out any autopsies. He sends a letter to his former mentor Sir James Forbes (André Morell) who in turn decides to visit along with his daughter Sylvia (Diane Clare). However this is not London and the village is in effect run by Squire Clive Hamilton who seems to care little about the plight of the villagers.

The film is directed by John Gilling with the cinematography handled by Arthur Grant. This is Hammer at its best, it slowly ramps up the tension by giving a few glimpses of what’s to come before the climax that see’s André Morell take on the plague of Zombies. The camera angles are good, the sets work well enough even if they have been used in other productions, all of which gives a sense of foreboding. One of the most impressive sequences has to be the nightmare scene which is done brilliantly by director John Gilling.

The music is provided by none other than Hammer legend James Bernard. It’s fair to say he doesn’t disappoint, delivering a powerful and chilling score.

In fact this exactly the music you tend to think of when you think of Hammer, it big and dramatic in a similar way as in Dracula (1958) which is the biggest compliment I can give it. In short the music is fabulous and fits the film like a glove.

The acting is pretty good from all of the main players, but it’s André Morell that’s the real star of the show. He delivers a calm but powerful performance, he really does have a terrific screen presence.

Diane Clare as Sylvia Forbes is a woman in danger and seems fully aware of her situation but is simply powerless to resist. She plays this rather well and is a likeable enough character.

The local doctor Peter Tompson played by Brook Williams is a man that seems somewhat out of his depth and a little bewildered. That said he has just cause for feeling like this but if the film has any weak links it’s probably Brook Williams with a somewhat unconvincing display.

Moving on to the films bad guy Squire Hamilton played by John Carson, he’s plays it well with his traits being the strong, arrogant and stern type that is only interested in his own personal gain. You may also notice that his voice sounds incredibly like that of James Mason.

If like me you are a fan of Hammer films then the sight of Michael Ripper as the local Sergeant will be a pleasing one.

Conclusion: The Plague of the Zombies (1966) Film Review

I’ll admit to having a soft spot for The Plague of the Zombies, I’ve always held it in high regard. Watching it again hasn’t altered that opinion. It really nails the Hammer vibe we all love and considering that it doesn’t have either Cushing or Lee starring that’s a pretty good feat. In fact André Morell is simply magnificent as Sir James Forbes, he’s a reassuring presence and a commanding one.

A so called B feature that actually outshines many of the main features Hammer put out, The Plague of the Zombies has to be one of best films to come from the Hammer stable. The story is a good one and direction is excellent as is the music which is provided by Hammer legend James Bernard. This really is a must see / own for any Hammer fan.

If you like my The Plague of the Zombies blu-ray review you may want to check out these films:

Conclusion: The Plague of the Zombies Blu-ray Review

Yet again Studiocanal impresses with another Hammer Blu-ray release. The picture quality is simply excellent with zero issues to report. The image is clean and sharp whilst the colours appear as they should.

On the extras front there’s an episode of World of Hammer that focuses on Mummies, Werewolves and the Living Dead whilst the documentary “Raising The Dead” provides the perfect insight into how the film came to be.

I recommend watching both of these documentaries whilst the feature into how the film has been restored is also worth of a look. All in all it’s another superb set of extras from Studiocanal.

The Plague of the Zombies (1966) blu-ray is available now from Amazon.co.uk.

The Plague of the Zombies (1966) Trailer

That’s concludes my The Plague of the Zombies blu-ray review, if you have any thoughts on this film you can leave them over on our Facebook page.

Summary: The Plague of the Zombies (1966) Blu-ray Review 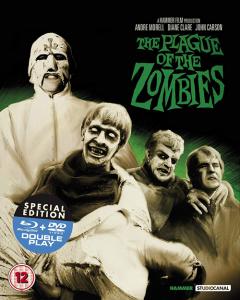 The Plague of the Zombies has to be one of best films to come from the Hammer stable. 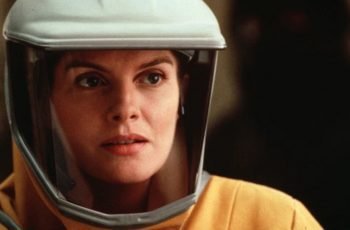 In my last movie review I took a look at … 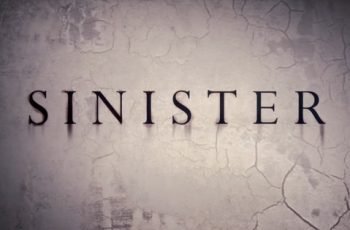 Horror time! Here is my Sinister movie review, and let …