Warner Bros are set to bring another magical Christmas classic to 4K Ultra HD in time for the festive season. You can get pickup The Polar Express 4K Ultra HD + Blu-ray this November in the UK.

The Polar Express (2004) is an animated adventure from director Robert Zemeckis and star the voice and appearance of Tom Hanks.

Another must watch film every Christmas and is especially great viewing for all the family. Hopefully this new version will take this classic to another level.

Warner Bros are including both the 4K UHD and the Blu-ray in this release which is fairly standard at this point.

The extras are on the blu-ray seems to have pretty much everything that should be there.

It’s sad to say but I think this is one of the last really great Christmas films made.

Are you going to get this 4K UHD upgrade? Let me know your favourite Xmas films over on the Popcorn Cinema Show Facebook page.

I’ve added a new movie collectibles page with some of my top picks. These are great Christmas gifts for fellow movie lovers!!! 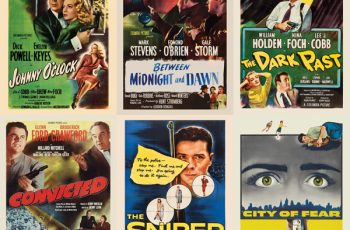 If like us you have been enjoying Powerhouse Films, excellent …