Having recently taken a look Wes Craven’s horror The Hills Have Eyes II (1984) I was left far from impressed, may be his 1988 film will fare better. I’ll admit this one has gone under my radar; it’s a zombie horror that stars Bill Pullman. So without further ado here’s my The Serpent and the Rainbow (1988) blu-ray review.

Dennis Alan (Bill Pullman) is sent to Haiti by a pharmaceutical company to recover the secret drug used in Haitian Voodoo to create zombies. The aim is see if the drug can be used for good such as curing various conditions. However upon arrival he discovers that in his pursuit of his goal his own life may very well be in danger.

The film is directed by Wes Craven whilst the cinematography is handled by John Lindley. Craven does a very good job of keeping the story interesting helped in no small way to high tempo of the storytelling. The locations used include small towns and villages set by nearby jungle. I’d have to say this is a very well made and good looking horror movie.

The music is composed by Brad Fiedel.

Bill Pullman stars as Dennis Alan a man sent to recover a drug that turns people into zombies. He plays the role exceptionally well and I found myself fully invested in his character’s plight.

Cathy Tyson stars alongside Pullman as Marielle Duchamp and provides a character that is both his guide and lover. Also worth noting is the casting of Michael Gough as one of the men responsible on sending Dennis Alan on his search.

Good acting all-round help to make this an enjoyable watch.

Conclusion: The Serpent and the Rainbow (1988) Film Review

I’ll happily admit this was a Wes Craven film that had passed me by but one I enjoyed. The zombie theme is not the normal ones you see with mindless husks walking slowly toward you. No this is one based on what happened in Haiti in which a drug was administered to victims that gave the appearance that they were dead while in actual fact they were alive. This resulted in many people being buried alive.

Craven delivers a fast paced and highly enjoyable horror movie that’s made all the better for having Bill Pullman in the lead role. There are plenty of mind-bending hallucinations that result in plenty of scary moments.

So if you are looking for a slightly different horror film then I highly recommend taking a look at this one.

If you enjoyed my The Serpent and the Rainbow blu-ray review so far you may want to check out the following films:

Conclusion: The Serpent and the Rainbow Blu-ray Review

There’s good news on the picture quality front as the image is clean of speckles and is nice and sharp. Overall I have nothing really negative to report which is always a good thing and should now be the norm.

So the audio and visuals are good but what about the extras? Well all you get is the theatrical trailer but I’m fine with that and as I say time and time again, image quality is my number one priority. If a few interesting extras are included then even better.

Purchase The Serpent and the Rainbow (1988) On Blu-ray

The Serpent and the Rainbow (1988) blu-ray is available now, see the links below.

The Serpent and the Rainbow (1988) Trailer

Summary: The Serpent and the Rainbow (1988) Blu-ray Review 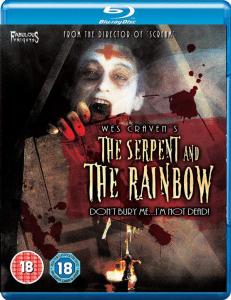 Movie title: The Serpent and the Rainbow (1988) 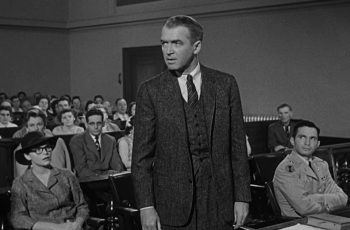 The Criterion Collection released another classic James Stewart movie on … 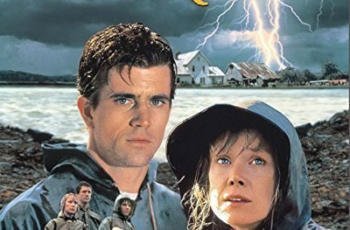