I know, The Shawshank Redemption has to one of the most obvious choices for a movie recommendation series but think about it, without movies such as this it would surely be meaningless. Director Frank Darabont really does justice to this outstanding Stephen King novella Rita Hayworth and Shawshank Redemption story.

I’m sure you have all seen this countless times and if you have not be sure to put it at the top of your must see movies list.

The story comes from Stephen King’s novella Rita Hayworth and Shawshank Redemption. So the plot in brief, the year is 1947 Andy Dufresne (Tim Robbins) a banker is convicted of murdering his wife and her lover. He is sentenced to two consecutive life sentences at Shawshank State Penitentiary in Maine.

Andy soon befriends Ellis Boyd “Red” Redding (Morgan Freeman), the guy who can acquire anything given the time. He is also serving a life sentence for murder.

Andy asks Red for a small rock hammer, this will prove to be a key part of the story later, along with a large poster of the actress of the day Rita Hayworth.

We follow Andy as the years go by along with his small group of friends. However the bond/friendship that is at the heart of the movie is with Red. It’s a genuine friendship which drives the film.

Andy puts his banking skills to good use when he starts working for the Governor on labour contract scams/backhanders. This is all building to a climatic end and what an ending it is.

The film spans almost two decades, despite this you never feel like it’s dragging, in fact it’s engrossing. Quite simply this is a movie master class, with a great story, direction and acting. Oh and I nearly forgot the film soundtrack is awesome, perfectly reflecting the mood inside and outside of Shawshank.

Now this was one film that definitely needed restoring having had a very poor DVD print.  It’s a great movie and now you can enjoy it on Blu-ray with great picture quality.  Good job!

I’ll leave you with The Shawshank Redemption trailer

I hope you are enjoying our recommended film series, the good news we have lots more…

So that was my  The Shawshank Redemption movie review, I had to take another look at this classic now that it has be restored to it’s former glory in terms of picture quality and has had a Blu-ray release.

Have you seen it on blu-ray?  Are you happy with it?  Leave us your thoughts in the comments section below.

If you enjoyed this review then take a look at our Death Proof review. 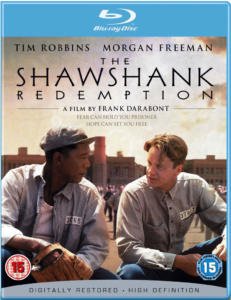 The perfect film in many ways and finally now looks as good as the film is great if you get me meaning! 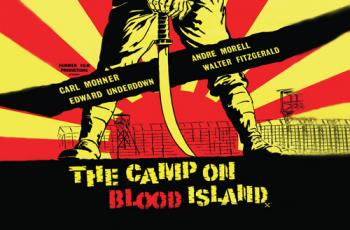 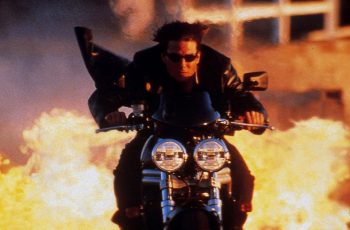