I’m continuing my look at the recently released Hammer films on Blu-ray with the latest boxset from Powerhouse Films.  The film I’m reviewing here is the 1958 thriller The Snorkel.  Powerhouse Films have become my favourite label recently having built up a fabulous reputation for releasing high quality versions on Blu-ray.  I expect that to be the case here, so without further ado here’s my The Snorkel Blu-ray Review.

A man murders his wife by sealing the windows and doors and filling the room with gas.  To ensure suicide is suspected he remains hiding in the room wearing a snorkel.  However his stepdaughter suspects that he has in fact murdered her mother and sets out to prove she is indeed correct.

The story was written by Jimmy Sangster who wrote several Hammer films such as The Revenge of Frankenstein (1958) and Taste of Fear (1961).

The film is directed by Guy Green with the cinematography handled by Jack Asher and is filmed in black and white.  It’s reasonably well shot for the most part and even looks rather stylish in certain scenes. With the viewer already knowing just how the murder has been committed the intrigue comes mainly from the how, when or even if his crime will ever be revealed.  This works pretty well although I personally found the pacing to be a little too slow and without any real tension.

The music is provided by Francis Chagrin, there are a few scenes at the beginning of the film in which no music is used instead opting for some very pronounced sound effects of everything happening in the scene such walking, opening doors or draws.  This actually adds to the overall anticipation of what we are about to witness and works exceptionally well.  When the music is present it does a job without being anything special or memorable.

The film is from 1958 and the acting is a little on the stiff side, that said it’s ok and allows the story to be told but at times it can feel like there is a lack of any real tension.

Peter van Eyck plays Paul Decker the man responsible for the murder and is a strange and cold person that interacts well with Mandy Miller that plays his young stepdaughter Candy Brown.  In fact Mandy Miller is probably the best performer and the one who keeps you invested in the plotline and depending on which version of the ending you see can changes the way in which we view her character.

The Snorkel is one of those lesser known Hammer films and one rarely seen on television these days which is a shame.  This is one of their thrillers before they went full on with horror films and it’s a enjoyable enough watch be fails to reach a level that I would say is a must see film.

That said if you are a Hammer film fan like myself you will probably consider this a must have addition to your film collection. In any case The Snorkel comes as part as four film boxset that also includes Never Take Sweets from a Stranger, Cash On Demand & The Full Treatment which I will be reviewing soon.

If you like my The Snorkel blu-ray review you may want to check out these films:

The picture quality on this new version of The Snorkel (1958) is excellent, the picture is clean and free of any dirt marks whilst the image is sharp.  I seem to say this every time I review a Powerhouse Films Blu-ray title but I’ll say it again this is yet another fabulous release.

On the extras front there is another excellent set of interviews with the must see feature being Undercover Killer: Inside “The Snorkel that provides plenty of interesting facts about the making of from people such as Jonathan Rigby and John J Johnston who are very knowledgeable.

One of the interesting facts revealed is regarding how Paul Decker the murderer receives his comeuppance.  In an alteration to writer Jimmy Sangster’s original script an extra scene is added which personally I would not have included going with Sangster’s original vision.

The Snorkel (1958) is available now on blu-ray from Amazon.

That’s my The Snorkel blu-ray review, if you have any thoughts on this film you can leave them on our Facebook page. 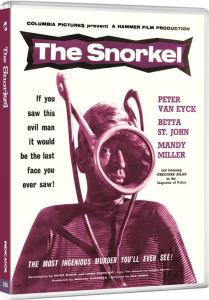 The Snorkel may be one of Hammer’s lesser known films but it’s a thriller worth taking a look at. 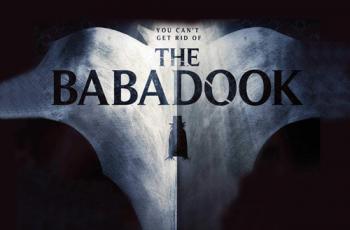 It's Halloween and I'm in need of a horror film … 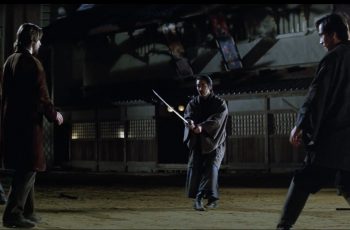 Over the last few months I’ve been taking a look …