We’re in October so it’s time for the first of my horror movie reviews. Starting off with The Unholy blu-ray review, it’s a brand new film from 2021. Does that mean it’s a good horror film? Well actually I liked it quite a lot.

In 1845 a woman accused of witchcraft in Banfield, Massachusetts is hung from a tree and set on fire. However before she dies her spirit is bound to the body of a doll.

Skip forward to present day and journalist Gerry Fenn (Jeffrey Dean Morgan) has fallen from grace and is now struggling to make a living as a freelance. He hears about some strange goings on in a small town and heads there.

Not impressed with what he finds he’s about to leave when he finds a doll at the bottom of a tree. He decides to crush it and in doing so releases something.

A young woman that cannot speak comes running to the tree and begins to speak. Is it a miracle or has some kind of evil just been released back into the world?

The Unholy is a film directed by Evan Spiliotopoulos with Craig Wrobleski handling the cinematography.

I found the movie to be filmed in a very stylish way, I mean it’s creepy. There’s good use of the camera to create that uneasiness. It really works well because usually I tend to find with a lot of new horror films they are generally lacking in the actual film making side of things.

The acting is pretty good all-round by all the main actors. Jeffrey Dean Morgan does a pretty good job in the lead role of sceptic, believer and person who can capitalise on the story.

Cricket Brown plays Alice Pagett a mute girl suddenly given the power of speech. She does a great job with her role and is a key character. She believes she has been chosen to spread the word of Mary.

William Sadler as Father William Hagan is also worthy of mention too. He also impresses in his role and feels uneasy about this apparent miracle.

I like these kinds of horror movies that revolve around the church. Whether it’s The Exorcist, Stigmata or The Vatican Tapes I simply love them.

The Unholy (2021) follows that kind of style and creates an uneasiness and creepiness. It’s also a well shot film which helps a great deal in bringing that atmosphere to the fore.

I recommend giving this one a look this October / Halloween.

If you’ve enjoyed my The Unholy blu-ray review so far you may want to check out the following films:

The film is brand new only released this year (2021) so therefore the picture quality is perfect. There are no extras included but I’ve no real issue with that.

That concludes The Unholy blu-ray review, let me know whether you enjoyed this horror movie over on our Facebook page. I’m aiming to review more horror movies before Halloween. What’s next? Check back soon… Uneasy and creepy in equal measure 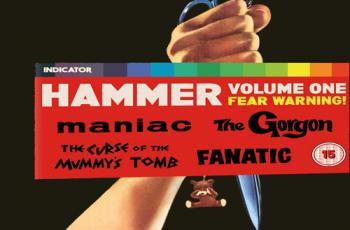 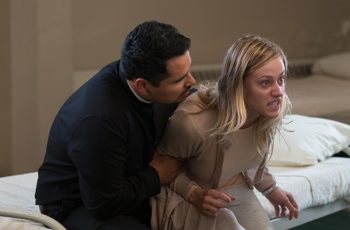