Finding a good new or newer horror film can sometimes seem a difficult task but let’s be honest there are lots of new releases that we simply either never have time to check out or are oblivious to their existence.  That brings me to the 2009 film I’m reviewing here, The Uninvited I knew little about it but it looked like it might be worth my time.  So without further ado here’s my The Uninvited Blu-ray Review.

A young woman named Anna returns home from a psychiatric institution where she has been receiving counselling following the death of her mother.  Her mother whom was terminally ill died in a house fire.  However once home Anna begins to receive messages in the form of visions from her mother telling her that the fire was no accident.

With her Dad dating Rachel their mother’s former live-in nurse, Anna and her sister Alex take an immediate dislike to her and even suspect she may have been involved in foul play regarding their mother’s demise.

Directed by The Guard Brothers, The Uninvited is a rather slickly made horror film moving along at a good pace whilst allowing the story to unfold nicely.

The cinematography is handled by Daniel Landin.

Whilst not standing out away from the film the score more that achieves its goal of providing plenty of tension along with some truly uncomfortable horror moments.

The music is provided by Christopher Young.

Decent performances all round with the top performer being Anna played by Emily Browning.  She carries the film well playing a teenager whom has had mental health issues but once home believes she can see messages from her dead mother.

One things for sure there’s a lot more to this horror plotline than you are initially led to believe.  It’s all cleverly interwoven into a rather well made stylish horror thriller.  The plot twists are good, the visuals set around the coast give the feeling of remoteness and the music/sound design really ramp up the tension in the right places.

The film is seen through the eyes of Anna played by Emily Browning, this really works well and provides the perfect cover for the clever plot twist.

All in all I would recommend giving The Uninvited a look as its clever plot twist elevates it into the above average category.

If you like my The Uninvited blu-ray review you may want to check out these films:

Clearly the picture quality is not an issue being a 2009 released film so I’ll move on to the extras.

Unlocking the Uninvited is basically the making of feature in which cast and crew give their thoughts as well as a look into the development of the film.  It reveals that the story came from a Korean film named Tale of Two Sisters, this formed the basis of the story but required a rewrite to bring it to the film we see today.

Purchase The Uninvited (2009) On Blu-ray

That’s The Uninvited blu-ray review, if you have any thoughts on this film you can leave themon our Facebook page. 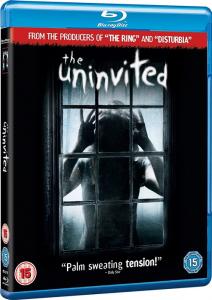 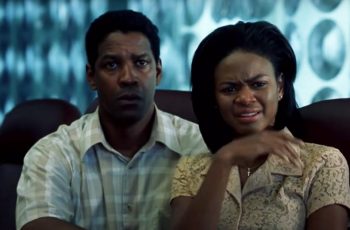 I’ve enjoying taking a closer look at the work of … 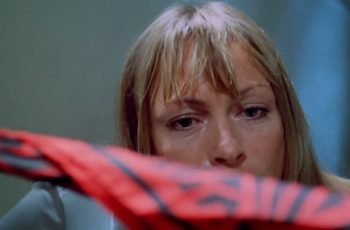