Time for another supernatural horror and this one shares quite a few similarities with The Exorcist.  Here’s my The Vatican Tapes Blu-ray  review.

The film begins with a Cardinal and his college looking at hospital surveillance footage of Angela Holmes (Olivia Taylor Dudley). Is she possessed?

Going back three months Angela is a seemingly ordinary young woman. However she first starts displaying disturbing behaviour following her surprise birthday party in which her father Roger Holmes (Dougray Scott) turns up. She cuts her finger whilst cutting the cake.

She needs medical attention and all seems fine. However during a bus journey with her boyfriend Pete (John Patrick Amedori), the bus is struck by a raven causing it to swerve erratically.

Her behaviour starts becoming ever more out of character resulting in a seize. She is taken to hospital and kept in overnight.

The following day whilst be being taken home by father and boyfriend in a taxi she causes it to crash.

With everyone only suffering minor injuries except for Angela, she is left in a coma for 40 days with apparently with no brain activity.

The decision is made to switch off life support but when they do Angela comes back.

Following a incident involving Angela entering the maternity ward the police are called. This only causes another incident to occur to the police officer.

As more and strange and unnerving incidents follow you can probably see that this is going to need an exorcism.

Don’t worry because this film does not just follow the usually pattern and end result. It tries to take a more inventive approach to its climax.

Pretty good performances by the main cast. Olivia Taylor Dudley has the most difficult role as she is constantly switching between two personalities. She does a good job of this creating a character who you certainly would not want to be stuck in a room with.

Elsewhere the other noteworthy performances come from Michael Peña as Father Oscar Lozano. He gives the viewer a sense of calm and control. Peter Andersson plays Cardinal Buun the exorcist, he is very good. In fact he is a commanding force acted exactly the way it needs to be and brings some much needed authority to proceedings.

The film is directed by Mark Neveldine with the cinematography handled by Gerardo Mateo Madrazo. The music is provided by Joseph Bishara.

Filmed largely through surveillance footage, hence the title of the film, The Vatican Tapes. This works well allowing the story to be told in a way in which these events would/could play out in the real world.

As I began to watch this I thought this is just another modern take on the exorcist, and it is. So no surprise there, but what it does better than most is rather that just a slightly different location or era, they take a more inventive approach.

Instead of the usual end the filmmakers opt for a more daring and disturbing ending. For this reason The Vatican Tapes stands out from the crowd. Think more The Omen than the Exorcist!

The Vatican Tapes is a unnerving and disturbing supernatural horror with a nice twist ending. A must see for all horror fans.

The Vatican Tapes Blu-ray Review (2015) is part of our Countdown To Halloween season. 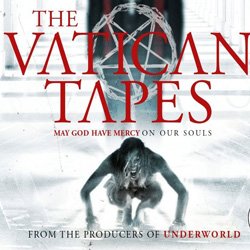 A truly terrifying new take on The Exorcist. 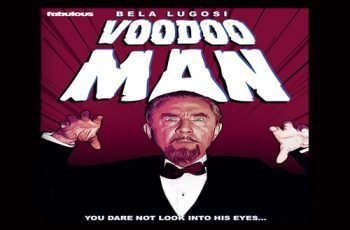 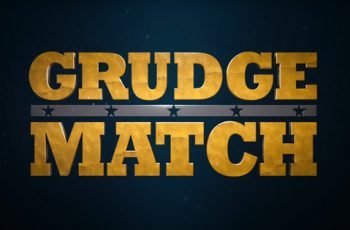 Have you seen Grudge Match? I must admit I hadn't …

“Just because we’re holdin’ hands doesn’t mean we’re gonna take warm showers ’til the wee hours of the morning. You hear me?”

— Clint Eastwood in Heartbreak Ridge (1986)
We use cookies on our website to give you the most relevant experience by remembering your preferences and repeat visits. By clicking “Accept”, you consent to the use of ALL the cookies.
Cookie settingsACCEPT
Manage consent