It’s time for The Whole Town’s Talking blu-ray review. This one released on blu-ray a few months back as part of the John Ford at Columbia, 1935-1958 boxset released by Powerhouse Films.

The films stars Edward G. Robinson and Jean Arthur in this 1935 comedy. An excellent movie but what of the blu-ray release? Let me answer that question right now.

The film was directed by John Ford whilst Joseph H. August was the one responsible for the cinematography. Ford delivers a highly entertaining fast paced romantic comedy-drama.

The music is provided by Mischa Bakaleinikoff & Louis Silvers.

Edward G. Robinson is simply sublime as he takes on the role of two completely different characters, Arthur Ferguson Jones and “Killer” Mannion. He does this brilliantly of course. I’m a huge fan of his films and this one is no different.

Co-starring is the fabulous Jean Arthur as Wilhelmina Clark. She really does deliver a stupendous performance and works brilliantly with Edward G. Robinson. She’s a feisty funny character which really enhances the film.

I cannot recommend this film enough it’s an absolute must see in my opinion. The chemistry between Edward G. Robinson and Jean Arthur is spot on. Meanwhile Edward G’s two different roles are a joy to watch.

If you enjoyed my The Whole Town’s Talking blu-ray review so far you may want to check out the following films:

The film has undergone a 4K restoration and now look perfect. On the extras front Powerhouse Films never fails to deliver as you can see from the list below:

The Whole Town’s Talking (1935) blu-ray is part of the John Ford At Columbia boxset.

That concludes my The Whole Town’s Talking blu-ray review. I’ll check out the rest of the boxset soon. Which film is next? Check back soon… 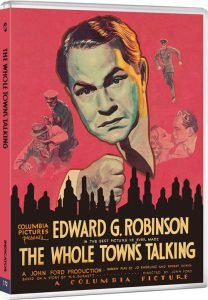 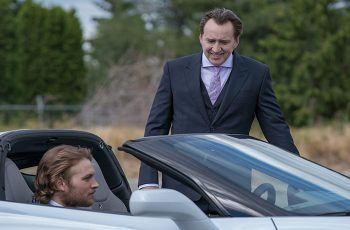 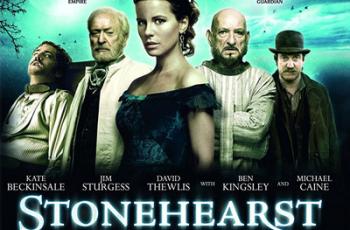 I love a good Horror / mystery and that’s what …