It’s time for The Woman In Black blu-ray review. This is the ITV adapaption that aired on the 24th December 1989. Released by Network they have carried out a 2K restoration. Let’s turn the lights off and take a closer look!

Solicitor Arthur Kidd is told to travel to the coastal market town of Crythin Gifford and settle the affairs of the recently deceased Alice Drablow. She lived alone at Eel Marsh House, a place only accessible at certain times of the day by a narrow causeway that is frequently cloaked by sea mist.

Arthur attends the funeral of Alice Drablow where he sees a strange woman in black. The locals refuse to talk about her leaving him intrigued.

Local man Keckwick agrees to take Arthur to Eel Marsh House and tells him he will be back to collect him later that day. However once there Arthur begins to learn the truth behind Alice Drablow and Eel Marsh House. Will he ever be able to escape the woman in black’s wrath?

This television adaptation for ITV was directed by Herbert Wise. He delivers a tense and chilling atmosphere, perfect for this genre. Make no mistake this version of the classic story by Susan Hill ticks all the boxes.

The music creates an uneasy and chilling feel, credit to Rachel Portman for producing such an incredibly eerie score.

The cast is made up with many familiar faces you will have seen in many other television series over the years. This means the standard of acting is very high and adds to the believability of this strange and spooky tale.

A couple of those familiar faces include David Daker best known for playing Harry in Boon and William Simons who played PC Alf Ventress in Heartbeat.

Adrian Rawlins plays the lead role of Arthur Kidd, the solicitor tasked with tidying up the affairs of the recently deceased Alice Drablow. He produces a strong performance which is kind of important as much of the terror is directed solely at him.

I really loved the look and feel of this 1989 ITV television adaptation. It really does a fantastic job of producing a compelling and chilling tale along with some excellent acting. There’s something about that 80’s feel that many of the current crop of television ghost stories simply can’t match or recreate.

I highly recommended giving this a look, in fact in my opinion at least it’s a far better version of Susan Hill’s story than the Daniel Radcliffe 2012 film.

If you enjoyed my The Woman In Black blu-ray review so far you may want to check out the following TV series:

This Network blu-ray release has undergone a 2K restoration and now how perfect picture quality. They also give you the option to watch it in full frame (4:3) or in a widescreen 16:9 presentation which is a nice touch. Personally I’d always go for the default full frame version, after all that’s how it was transmitted back in 1989.

Join us in supporting physical media by obtaining this brillant TV adaptation on blu-ray. Remember streaming platforms can add or remove your favourite TV series or films at any time. Own it forever and you never need worry again! 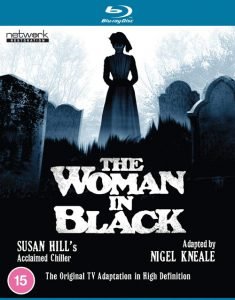 Movie description: Based on The Woman in Black by Susan Hill, screenplay by Nigel Kneale. 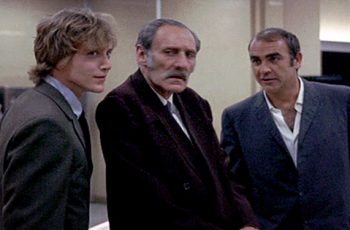 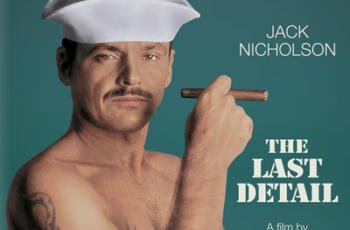