Having just looked at the Christmas films I watch each year I thought it only right to focus on those classic TV Christmas specials I consider essential viewing.  Many of my choices will indeed be on or have already been on several times (UK Gold try to vary the content a little more in 2018).  However some have simply not been on televison for years for some unknown reason, right time to take a look those TV Christmas Specials I watch every year.

Only Fools and Horses Christmas Specials (All of them)

Christmas with the Trotters is kind of a British institution.  My favourite is the early one in which Grandad (Lennard Pearce) is cooking the Turkey but forgets to remove the packet containing the giblets.  The series had many Christmas specials that often resulted in massive audience figures for the BBC.

Unfortunately the television channel UK Gold seems unable to rest this classic sitcom which appears practically every day with even the Christmas episodes being shown in June/July.  Every great TV series needs to be rested once in a while to ensure you continue to thoroughly enjoy it and not find it becoming tiresome.

The Two Ronnies TV series ran between 1971-1987 with the Christmas specials becoming a must see event in most households around the UK.  I always try to watch a couple of them over the festive period on television they never fail to bring a smile to my face. Ronnie Barker and Ronnie Corbett are quite simply comedy gold.

Mr Bean (Rowan Atkinson) prepares for Christmas by going shopping for those essential items such Christmas lights and baubles that results in some extremely funny scenarios.  Then there is of course the classic Turkey scene that is a personal favourite.

One Foot In The Grave (1995 Christmas Special – The Snowy one)

This one sees Victor Meldrew (Richard Wilson) and his neighbour Patrick Trench (Angus Deayton) stuck in a snowy landscape.

This is Blackadder’s version of Charles Dickens classic story, A Christmas Carol however there’s a bit of a twist.  Ebenezer Blackadder is a good man helping the poor and needy but come Christmas Eve he is visited by the Spirit of Christmas (Robbie Coltrane) who shows him the terrible behaviour of his ancestors.

Its Christmas morning and Richie and Eddie preparing for the presents Santa has left them.  In fact Santa does make an appearance when Richie dresses up and enters Eddie’s room, what follows is classic bottom resulting in Santa coming off rather worse for wear.

Whilst most of these TV Christmas Specials can be found on various channels over the festive period such BBC, Channel 4 & UK Gold etc.. some are a little harder to find.  In any case you can purchase all of the TV series listed here on DVD.

I really love watching Steptoe & Son and the Christmas specials are great.  The Party sees Harold plan a Christmas get away to Majorca whilst Harold is blissfully unaware begins to put up the decorations.

A Perfect Christmas sees Harold offer to take his dad on Holiday for Christmas only to find him unwilling to accept any of Harold’s proposals instead insisting they go to Bognor.

Porridge – No Way Out

Simply put Porridge starring Ronnie Barker as Norman Stanley Fletcher and Richard Beckinsale as Lennie Godber is one of the best sitcoms of all-time.  No Way Out sees Fletch drawn in to one of Harry Grout’s schemes involving an escape tunnel. Comedy at its very best!

Ted’s up for the prestigious Golden Cleric award but wait someone else has designs on his award.  This has to be the perfect Christmas special with Dougal being covered in glitter and proving not too helpful when Ted is sorting out the Christmas tree lights, comedy at its best!

This special is on the BBC every year and with good cause as Dad’s Army never fails to bring a smile to my face.  This episode see’s Captain Mainwaring and the men come into the possession of a Turkey.  They decide the best thing to do is to organise a Turkey Dinner for the older members of the community.  As you might expect things don’t exactly go to plan.

Whatever Happened To The Likely Lads? (Christmas Special 1974)

This is another of my favourite TV series and one tinged with sadness after the passing of actor Rodney Bewes in November.  This one sees Bob and Thelma going to a Christmas Eve fancy dress party only for Terry to turn up as their minicab driver.

The Box of Delights

Remember when the BBC made outstanding Childrens television?  Well The Box of Delights aired on television between November and December of 1984 and it was simply magical.  Set in the 1930’s Kay Harker is returning from boarding school for the Christmas holidays however along the way he meets an old Punch and Juday man who shows him a magical box.

Christmas Specials I Watch Every Year

That concludes my “TV Christmas Specials I Watch Every Year” essential Christmas viewing guide for this year, don’t forget to check out my 11 Christmas Films You Should Watch Every Year feature for ideas of getting into the festive spirit.  All that remains is to wish you all a very merry Christmas & a happy new year! 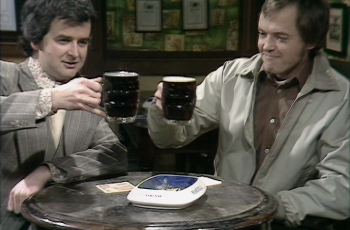 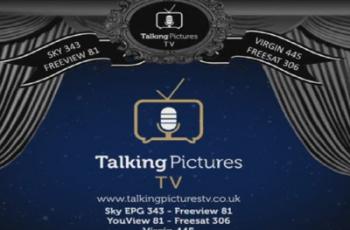 If you happen to live in the UK and love …