It’s that time of the week when we take a quick look at what films are hot at the UK Box Office. These figures are for UK Box Office August 18 2017.

Dunkirk finally concedes top spot on the UK cinema charts but only by a narrow margin as The Hitman’s Bodyguard enters taking £1,982,951 against Dunkirk’s £1,938,125.

The Dark Tower which is based on the Stephen King story comes in at a disappointing fifth taking only £910,529. It’s had mixed reviews having already released in the US a few weeks back.

Elsewhere the only other new entry is the drama Everything, Everything that comes in at nine with box office takings of £453,401. Spider-Man: Homecoming looks to be on its way out having performed exceptionally well with gross to date figures of £29,144,158.

In the battle of the studios / distributors this week sees big hitters Warner Bros, Sony Pictures & Universal all having three films each in the top ten.

One of the new cinema offerings this week is the Tom Cruise film American Made, more on that on Thursday.

It’s that time of the week where we take a … 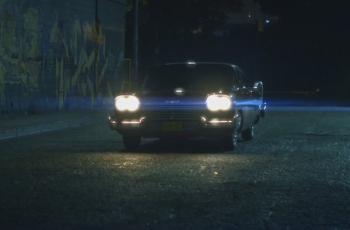 Who can forget the classic John Carpenter film Christine from …